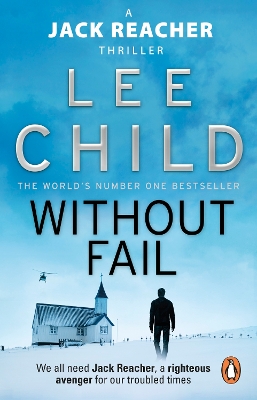 'Lee Child's protagonist, Jack Reacher, is a hero in the Dirty Harry style, a man who lives by his own principles . . . Produces a surprising twist when it's least expected.' Sunday Telegraph

No job, no ID, no last known address. But he never turns down a plea for help. Now a woman tracks him down. A woman serving at the very heart of US power. A woman who needs Reacher's assistance in her new job.

Protecting the Vice-President of the United States.

Someone wants the VP dead.

Although the Jack Reacher novels can be read in any order, Without Fail is the 6th in the series.

» Have you read this book? We'd like to know what you think about it - write a review about Jack Reacher: #6 Without Fail book by Lee Child and you'll earn 50c in Boomerang Bucks loyalty dollars (you must be a Boomerang Books Account Holder - it's free to sign up and there are great benefits!)