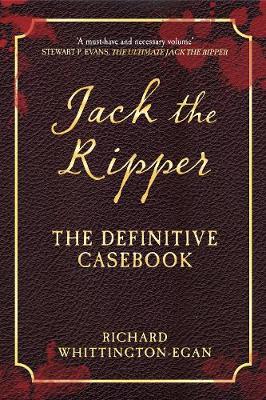 The case of Jack the Ripper and his savage serial killing and horrendous mutilation of five women in the East End of Victorian London is the greatest of all unsolved murder mysteries. For over 100 years the long line of candidates for the bloodstained laurels of Jack the Ripper has been paraded before us. Policemen and Ripperologists have tried in vain to put a name to the faceless silent killer. Richard Whittington-Egan, one of the founding fathers of the search, published, in 1975, his Casebook on Jack the Ripper, now eagerly sought but long out of print and virtually unobtainable (except at mammoth prices), in which he documented the history, the crimes, the investigations and the investigators. He also included some fundamentally new discoveries and points, such as the real story of the kidney in Mr Lusk's renal post-bag, wrongly said to be that of Catherine Eddowes (Ripper Victim No. 4). The endless nightmare of Jack the Ripper has rolled on, unstoppable, and now Richard Whittington-Egan, in a completely revised and very considerably enlarged edition of the 1975 Casebook, has taken a new look, from a longer perspective, at the theories and the personages who advanced them, from the time of the murders right up to the present day.

Other Editions - Jack the Ripper by Richard Whittington-Egan 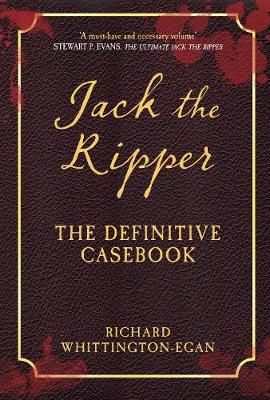 » Have you read this book? We'd like to know what you think about it - write a review about Jack the Ripper book by Richard Whittington-Egan and you'll earn 50c in Boomerang Bucks loyalty dollars (you must be a Boomerang Books Account Holder - it's free to sign up and there are great benefits!)

Richard Whittington-Egan spent thirty years as a journalist with Associated Newspapers (Daily Mail) and is a well-respected true-crime writer. He has been pursuing the study of Jack the Ripper for longer than anyone else alive. As a boy, he talked to people who had lived through the Ripper's activities. He has also acted as a reader and adviser on crime books to Little, Brown and Penguin Books, and as a reviewer for The Times, the New York Times and the London Evening Standard among others. He lives in Great Malvern.