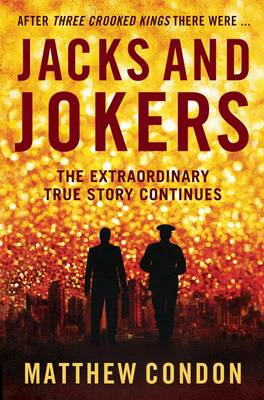 The message was powerfully clear. If you threatened the harmony of the Joke, you didn't last long.' Continuing on from the bestselling Three Crooked Kings, Jacks and Jokers opens in 1976. Terry Lewis, exiled in western Queensland, is soon to be controversially appointed Police Commissioner. As for the other two original Crooked Kings, Tony Murphy is set to ruthlessly take control of the workings of 'The Joke', while Glen Hallahan, retired from the force, begins to show a keen interest in the emerging illicit drug trade. Meanwhile, ex-cop and 'Bagman' Jack Herbert collects the payments and efficiently takes police graft to a whole new level. The Joke heralds an era of hard drugs, illegal gambling and prostitution, and leave in its wake a string of unsolved murders and a trail of dirty money. With the highest levels of police and government turning a blind eye, the careers of honest police officers and the lives of innocent civilians are threatened and often lost as corruption escalates out of control. Revealing more incredible facts and previously untold stories, award-winning journalist and novelist Matthew Condon once again exposes the shocking behaviour outside the law by the law. Jacks and Jokers is the gripping second instalment of the rise - and spectacular fall - of one man, an entire state and generations of corruption.

Other Editions - Jacks And Jokers by Matthew Condon 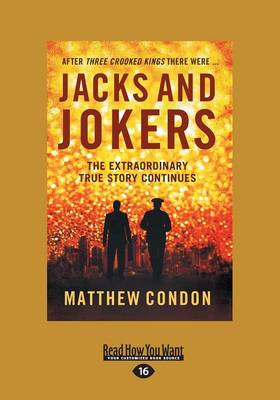 » Have you read this book? We'd like to know what you think about it - write a review about Jacks And Jokers book by Matthew Condon and you'll earn 50c in Boomerang Bucks loyalty dollars (you must be a Boomerang Books Account Holder - it's free to sign up and there are great benefits!)

Matthew Condon is the author of ten books of fiction, most recently The Trout Opera, and the non-fiction books Brisbane and Three Crooked Kings.