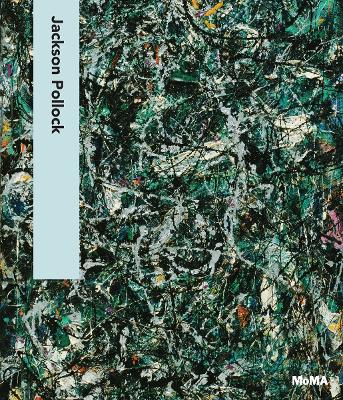 A hardback edition of the popular MoMA Artist Series, with larger reproductions of Jackson Pollock's artwork.

Jackson Pollock, widely regarded as the most important painter of the second half of the twentieth century, was the first American artist to capture the public imagination. This book features eleven paintings by Pollock selected from The Museum of Modern Art's substantial collection of his work. His groundbreaking 'drip' paintings of the late 1940s and 1950s are here, along with early and late works demonstrating the fluid interaction between figuration and abstraction in his art and the direction of his painting at his untimely death. A lively essay by Carolyn Lanchner, a former curator of painting and sculpture at the Museum, accompanies each work, illuminating its significance and placing it in its historical moment in the development of modern art and in Pollock's own life. » Have you read this book? We'd like to know what you think about it - write a review about Jackson Pollock book by Carolyn Lanchner and you'll earn 50c in Boomerang Bucks loyalty dollars (you must be a Boomerang Books Account Holder - it's free to sign up and there are great benefits!)


A Preview for this title is currently not available.
More Books By Carolyn Lanchner
View All