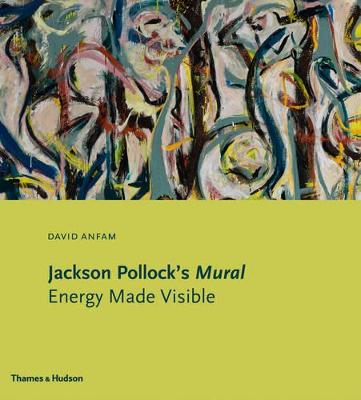 Jackson Pollock's Mural, created early in his career in 1943, is a vast panorama spanning a 6-metre-long canvas - the largest painting he ever made. Mural marked a watershed for Pollock: a presentiment of the epic scale, complexity, energy and ambition of the work ahead. This monumental painting is one of the most influential yet little-seen works of the last century. This book sheds new light on its place in the artist's meteoric career and the evolution of modern American art.

David Anfam considers the many influences on Pollock that led to this landmark achievement - including the context of the American West, his little-known relationship with Clyfford Still and the importance of wartime action photography. He also traces the explosive magnetism Mural exerted over the emergent Abstract Expressionists and its legacy for painters and sculptors as diverse as Mark Rothko, Robert Motherwell, David Smith, Richard Serra and Brice Marden.

» Have you read this book? We'd like to know what you think about it - write a review about Jackson Pollock's Mural: Energy Made Visible book by David Anfam and you'll earn 50c in Boomerang Bucks loyalty dollars (you must be a Boomerang Books Account Holder - it's free to sign up and there are great benefits!)


A Preview for this title is currently not available.
More Books By David Anfam
View All