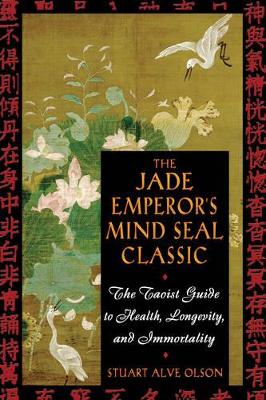 The Taoist Guide to Health Longevity and Immortality

* Translates The Jade Emperor's Mind Seal Classic, The Immortals, and The Three Treasures of Immortality

* Reveals the steps needed to achieve immortality in our modern society

Taoist mystics claim that it is possible to achieve immortality: "Within each of us dwells the medicine to cure the affliction of mortality." Now Western readers can access the wisdom of Taoist masters on the subject of immortality through the first English translations of three classic Taoist treatises: The Jade Emperor's Mind Seal Classic; The Immortals, from the Pao P'u Tzu by Ko Hung of the Sung Dynasty; and The Three Treasures of Immortality, from the Dragon Gate Sect.

The Jade Emperor's Mind Seal Classic teaches that one can attain immortality through the cultivation of the three treasures of Taoism: ching (sexual and physical energy), qi (breath and vital energy), and shen (spirit and mental energy). Chinese history is sprinkled with accounts of individuals who applied the lessons of the Jade Emperor and lived up to 200 years. Drawing on his extensive knowledge of Taoism, martial arts, and Chinese history and culture, Stuart Alve Olson accompanies his translations with informative commentary that explains the historical context of the texts as well as demonstrates the practical applications of their teachings in contemporary life.

» Have you read this book? We'd like to know what you think about it - write a review about Jade Emperor's Mind Seal Classic book by Stuart Alve Olson and you'll earn 50c in Boomerang Bucks loyalty dollars (you must be a Boomerang Books Account Holder - it's free to sign up and there are great benefits!)

Stuart Alve Olson has been a practicing Taoist for over thirty years and has studied with the famous Taoist master T. T. Liang (1900-2002). He lectures throughout the world and lives in the San Francisco Bay Area.

A Preview for this title is currently not available.
More Books By Stuart Alve Olson
View All