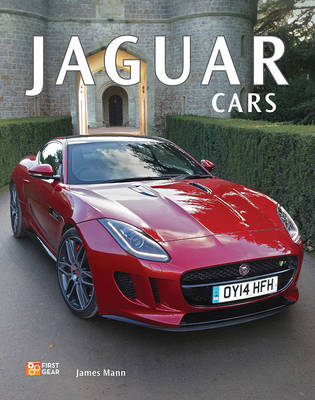 In 1935, a small company in Coventry, England, built a sporting saloon called the Jaguar SS and set in motion an inexorable process that would lead to Britain's most beloved line of high-performance automobiles. Originally begun by a couple of motorcycle enthusiasts--William Lyons and William Walmsley--the firm originally called the Swallow Sidecar Company quickly expanded into automobile production, and with its new Jaguar model, it had exactly what the market wanted.In England's bleak postwar years, Jaguar became a shining star, beginning with its XK120 (the first production car ever to achieve 120 miles per hour), followed by the XK140 and XK150. Sporting sedans (saloons in British parlance) such as the Mark 2 and Mark X set the bar for luxury four-door transport in the 50s and 60s. Then Jaguar stunned the world with the achingly beautiful E-Type in 1961, a genuine 150-miles-per-hour super sports car. Along the way, the company competed on road courses around the world, going head to head with greats such as Ferrari and Aston Martin.Though Jaguar lost its way periodically in the modern era, it has bounded back stronger than ever in the 21st century with a lineup including the all-new F-Type sports car.Jaguar Cars features 50 of Jaguar's most iconic models, from the original SS Jaguar to today's F-Type sports cars as well as the C-X75 supercar concept.

» Have you read this book? We'd like to know what you think about it - write a review about Jaguar Cars book by James Mann and you'll earn 50c in Boomerang Bucks loyalty dollars (you must be a Boomerang Books Account Holder - it's free to sign up and there are great benefits!)

James Mann is one of the world's leading car and motorcycle photographers, with more than 20 years of experience shooting for enthusiast publications, the motor industry, and businesses around the world. His work has appeared within and on the covers of more than 50 books and has provided stunning visuals for numerous magazines, including Classic and Sports Car, CAR magazine, Forza, The Sunday Times, and Automobile magazine as well as being chosen to photograph the British Auto Legends stamps for the Royal Mail. His advertising clients include Aston Martin, BMW, and Toyota, among others. James is the photographer of the Motorbooks titles Art of the Formula 1 Race Car, Form follows function: Art of the Super Car, Art of the Le Mans Race Car and The Art of Ducati. Visit his website at www.jamesmann.com

A Preview for this title is currently not available.
More Books By James Mann
View All

An Oration, Addressed to the Fraternity of Free Masons: In the Presence of a Large Concourse of People, on the Tenth of October, in Wrentham, at a Public Installation of the Officers of Montgomery Lodge, Which Usually Convene at Franklin.
$34.71 $38.57