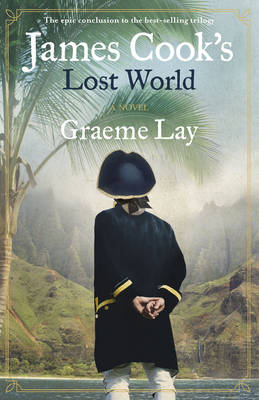 The epic conclusion to the fictional trilogy based on the life and expeditions of Captain James Cook.

It seems that having discovered a new world, we have been doomed to then lose it.

The year is 1775. Captain James Cook is forty-seven years old and the toast of the Admiralty, the Royal Society and the English public after his triumphant second world voyage.

His wife, Elizabeth, pregnant with their sixth child, relishes the fact that her now-famous husband is home for good. He has been absent far too long.

But James cannot resist the call of the sea. Offered the chance to discover a long-sought passage from the North Pacific to the North Atlantic, he accepts the challenge. Much against Elizabeth's wishes, he sets sail for the Pacific, where destiny awaits on the shores of a distant tropical island.

The stunning conclusion the trilogy that began with The Secret Life of James Cook and continued with James Cook's New World.

» Have you read this book? We'd like to know what you think about it - write a review about James Cook's Lost World book by Graeme Lay and you'll earn 50c in Boomerang Bucks loyalty dollars (you must be a Boomerang Books Account Holder - it's free to sign up and there are great benefits!)

A full-time writer, editor and reviewer, Graeme Lay has written prolifically, including short stories, young adult fiction and travel writing, and has won numerous awards. He has a deep interest in the islands of the South Pacific and Australasia.

A Preview for this title is currently not available.
More Books By Graeme Lay
View All

The 100 days That Mapped a Nation: A Commemorative Edition of Captain James Cook's Voyages to New Zealand and the South Pacific
$36.00 $40.00