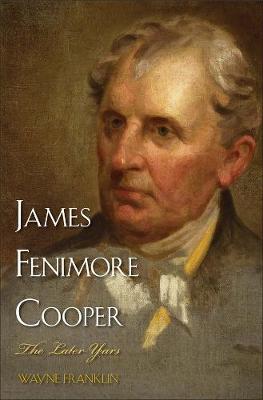 American author James Fenimore Cooper (1789-1851) has been credited with inventing and popularizing a wide variety of genre fiction, including the Western, the spy novel, the high seas adventure tale, and the Revolutionary War romance. America's first crusading novelist, Cooper reminds us that literature is not a cloistered art; rather, it ought to be intimately engaged with the world.

In this second volume of his definitive biography, Wayne Franklin concentrates on the latter half of Cooper's life, detailing a period of personal and political controversy, far-ranging international travel, and prolific literary creation. We hear of Cooper's progressive views on race and slavery, his doubts about American expansionism, and his concern about the future prospects of the American Republic, while observing how his groundbreaking career management paved the way for later novelists to make a living through their writing. Franklin offers readers the most comprehensive portrait to date of this underappreciated American literary icon. 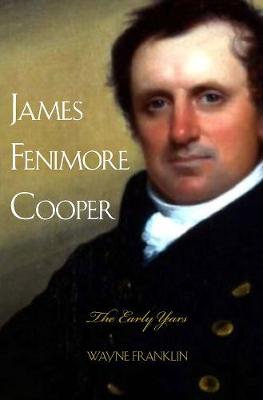 » Have you read this book? We'd like to know what you think about it - write a review about James Fenimore Cooper book by Wayne Franklin and you'll earn 50c in Boomerang Bucks loyalty dollars (you must be a Boomerang Books Account Holder - it's free to sign up and there are great benefits!)

Wayne Franklin is professor of English at the University of Connecticut, Storrs. His biography James Fenimore Cooper: The Early Years was selected as an Outstanding Academic Title in 2008 by the AAUP and Choice magazine. He lives in Hebron, CT.

A Preview for this title is currently not available.
More Books By Wayne Franklin
View All