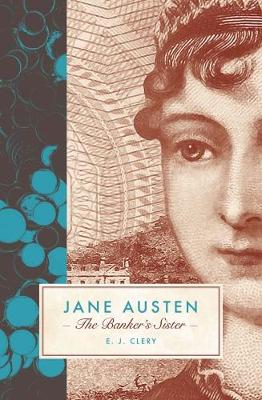 When it was announced that Jane Austen would appear on the new GBP10 note in 2017, the 200th anniversary of her death, there was a flurry of media excitement. Few noted that a GBP10 Austen banknote was already in existence, albeit one issued by her brother. Henry Austen had set up as a banker in 1804, and built up a small empire of country banks. But Henry went unmentioned, for the good reason that he had gone spectacularly bust in the crash of 1816, the year before Jane died. The history of his rise and fall, moreover, consistently informed Jane's publishing career and imaginative life as a novelist. Henry acted as her agent, her first reader and her literary executor. Versions of Henry appear throughout her novels, not least in the charming but unscrupulous Henry Crawford in Mansfield Park.

Exploring the close parallels between the speculative political economy of the late eighteenth century and the present day, Jane Austen: The Banker's Sister counters the stereotype of the spinster tucked away in a Hampshire village, detached from the great historical changes of her era. Based on wholly new research, including sensational new evidence of Henry's entanglements in the dissolute circle around the Prince Regent, this fascinating new volume will change the way Austen's life and her novels are understood.

» Have you read this book? We'd like to know what you think about it - write a review about Jane Austen book by E. J. Clery and you'll earn 50c in Boomerang Bucks loyalty dollars (you must be a Boomerang Books Account Holder - it's free to sign up and there are great benefits!)

E. J. Clery is a professor of English whose publications include The Rise of Supernatural Fiction, 1762-1800 (1995), Women's Gothic from Clara Reeve to Mary Shelley (2000), The Feminization Debate in Eighteenth-Century England (2004) and Eighteen Hundred and Eleven: Poetry, Protest, and Economic Crisis (2017). In 2013, she was awarded a Leverhulme Trust Major Research Fellowship to research Romantic-era women's writing and economic debate.She broadcasts and lectures on gothic literature, Jane Austen and her contemporaries, literary history and the cultural history of economics. Working at University of Southampton and the Centre for Early Women's Writing at Chawton Great House, which was formerly owned by Austen's brother Edward, she resides in Winchester, close to the cathedral where Jane Austen is buried.

A Preview for this title is currently not available.
More Books By E. J. Clery
View All