Anne & Emmett is an imaginary conversation between Anne Frank and Emmett Till, both victims of racial intolerance and hatred. Frank is the thirteen-year-old Jewish girl whose diary provided a gripping perspective of the Holocaust. Till is the fourteen-year-old African-American boy whose brutal murder in Mississippi sparked the modern American civil rights movement.

The one-act play opens with the two teenagers meeting in memory, a place that isolates them from the cruelty they experienced during their lives. The beyond-the-grave encounter draws the startling similarities between the two youths' harrowing experiences at the hands of societies that couldn't protect them.

In memory, Anne recounts hiding in a cramped attic with her family after German dictator Adolf Hitler ordered the Nazi military to round up Jewish people throughout Europe, and put them in concentration camps in route to gas chambers. At the age of fifteen, Anne died of typhus at the Bergen-Belsen Nazi concentration camp in March 1945, a few weeks before British troops liberated the camp.

Emmett tells Anne how he, in 1955, ended up being brutally attacked by two white racists who beat and tortured him before shooting him in the head and tossing his body into the Tallahatchie River with a cotton-gin fan tied to his neck. This happened after he whistled at a white woman while visiting his uncle in Money, Mississippi. 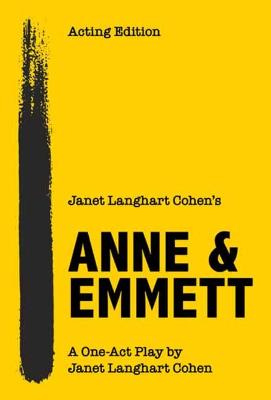 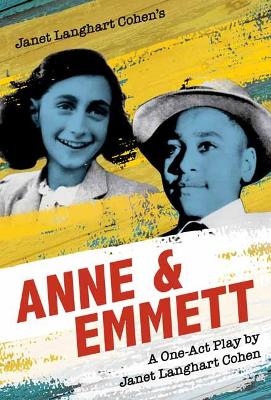 » Have you read this book? We'd like to know what you think about it - write a review about Janet Langhart Cohen's Anne & Emmett: A One-Act Play book by Anne & Emmett LLC and you'll earn 50c in Boomerang Bucks loyalty dollars (you must be a Boomerang Books Account Holder - it's free to sign up and there are great benefits!)

A Preview for this title is currently not available.
More Books By Anne & Emmett LLC
View All