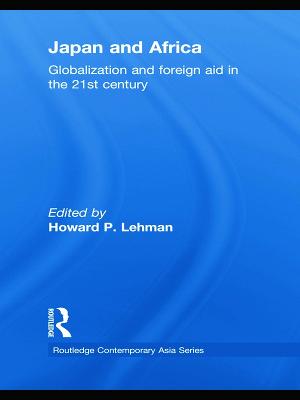 Globalization and Foreign Aid in the 21st Century

Since the early 1990s, Japan has played an increasingly important and influential role in Africa. A primary mechanism that has furthered its influence has been through its foreign aid policies. Japan's primacy, however, has been challenged by changing global conditions related to aid to Africa, including the consolidation of the poverty reduction agenda and China's growing presence in Africa. This book analyzes contemporary political and economic relations in foreign aid policy between Japan and Africa. Primary questions focus on Japan's influence in the African continent, reasons for spending its limited resources to further African development, and the way Japan's foreign aid is invested in Africa. The context of examining Japan's foreign aid policies highlights the fluctuation between its commitments in contributing to international development and its more narrow-minded pursuit of its national interests. The contributors examine Japan's foreign aid policy within the theme of a globalized economy in which Japan and Africa are inextricably connected.
Japan and many African countries have come to realize that both sides can obtain benefits through closely coordinated aid policies. Moreover, Japan sees itself to represent a distinct voice in the international donor community while Africa needs foreign aid from all sources.

Other Editions - Japan and Africa by Howard P. Lehman 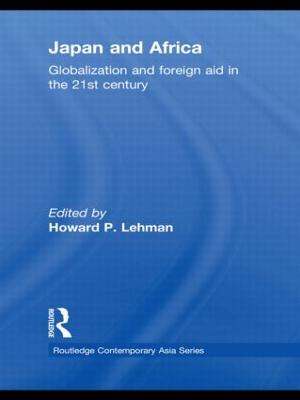 » Have you read this book? We'd like to know what you think about it - write a review about Japan and Africa book by Howard P. Lehman and you'll earn 50c in Boomerang Bucks loyalty dollars (you must be a Boomerang Books Account Holder - it's free to sign up and there are great benefits!)

Howard P. Lehman received his Ph.D. in political science from the University of Minnesota in 1987 and has been teaching at the University of Utah since 1986. His publications include a book on economic development and many articles on South Africa, foreign debt negotiations, and African interest groups.

A Preview for this title is currently not available.
More Books By Howard P. Lehman
View All