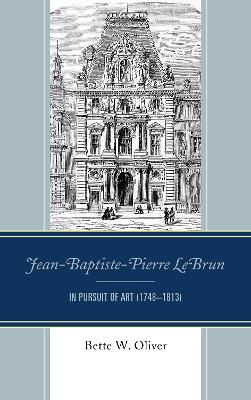 Jean-Baptiste Pierre LeBrun's life was marked by his intense interest in art, first as an artist, and then from 1770 until his death in 1813, as an art dealer/connoisseur and as a participant in the transformation of the Louvre into a national museum during the French Revolution. He managed to accommodate whichever regime assumed power, from monarchy to republic to empire. He married the artist Elisabeth Vigee in 1776 and together they figured prominently in the pre-revolutionary cultural world of Paris. LeBrun travelled widely, buying art for his gallery and contributing to a number of aristocratic collections. His expertise in attributions of 17th-century Dutch and Flemish paintings was acknowledged internationally, while his reference work on the subject was considered the most comprehensive ever written.
LeBrun, the grand-nephew of the illustrious artist Charles LeBrun, became one of the most successful art dealers in Paris. He played an active role in the politics of art between 1789 and 1802, serving as an expert-commissioner in restoration at the national museum. His inventories of artworks, confiscated from all over Europe by Napoleon's armies, have provided a valuable record of the development of the French national museum. In addition, his inventories have been useful in the identification and recovery of Nazi confiscations during World War II. LeBrun's accomplishments during a tumultuous period of political and artistic change present evidence of his contributions to the concept of the modern art museum, notably in the areas of conservation, restoration, and arrangement.

» Have you read this book? We'd like to know what you think about it - write a review about Jean-Baptiste-Pierre LeBrun book by Bette W. Oliver and you'll earn 50c in Boomerang Bucks loyalty dollars (you must be a Boomerang Books Account Holder - it's free to sign up and there are great benefits!)

Bette W. Oliver of Austin, Texas, is an independent scholar and editor with a PhD in modern European history from the University of Texas at Austin. A specialist in the period of the French Revolution, she is the author of five books focusing on that pivotal period, as well as eleven volumes of poetry. 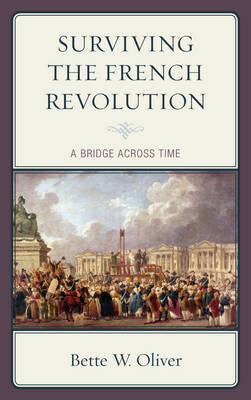 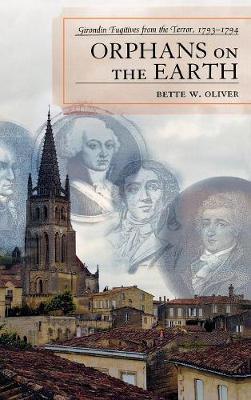 Orphans on the Earth
Hardback, July 2009 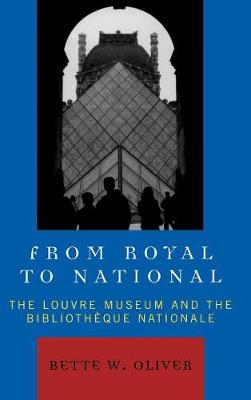 From Royal to National
Hardback, December 2006 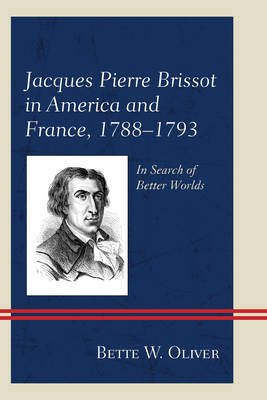