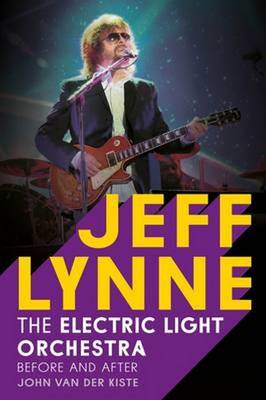 Electric Light Orchestra - Before and After

A passionate music fan from childhood and much-respected teenage guitarist in his native Birmingham, Jeff Lynne rose through the ranks of various semi-professional local groups to become front man of the critically-acclaimed Idle Race, join the ever-popular Move, and help form the groundbreaking Electric Light Orchestra.After co-founder Roy Wood left in 1972, Lynne turned what had been a struggling fusion of rock and classically-inspired music into one of Britain's most consistently successful acts. Following a run of hit singles and albums plus sell-out concerts throughout the world, he laid the group to rest in 1986 and combined a solo career with membership of the ultimate super group the Traveling Wilburys. His production credits include George Harrison, Roy Orbison, Tom Petty, Del Shannon and above all the Beatles on their two final singles in the mid 90s. In the 21st century he returned to recording and performing under the ELO group name. This is the first-ever biography of one of the most highly-regarded rock performers of the last fifty years and includes full details of his spectacular career.

» Have you read this book? We'd like to know what you think about it - write a review about Jeff Lynne book by John Van Der Kiste and you'll earn 50c in Boomerang Bucks loyalty dollars (you must be a Boomerang Books Account Holder - it's free to sign up and there are great benefits!)

John Van der Kiste has published over forty books including works on royal and historical biography, local history, true crime, music and fiction, and is a contributor to the Oxford Dictionary of National Biography. His previous titles include Queen Victoria's Children, Kaiser Wilhelm II and The Romanovs: Tsar Alexander II of Russia and his Family and Alfred - Queen Victoria's Second Son and Prussian Princesses for Fonthill . He lives in Devon.

A Preview for this title is currently not available.
More Books By John Van Der Kiste
View All