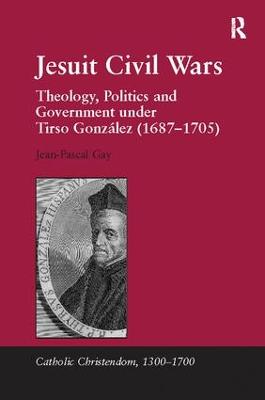 Founded in 1540, the Society of Jesus quickly established itself as one of the most dynamic, influential but divisive orders within early-modern Catholicism. Yet whilst the order's role in combating Protestantism, reforming the Catholic Church and advising rulers during its first century has been well documented, much less is understood about its later years. Covering the generalate of Tirso GonzA!lez (1687-1705), this book offers a window onto Jesuit politics and theology during the late seventeenth century. GonzA!lez's generalate was dominated by two crises - one political, the other theological - both of which were to have important ramifications for the Jesuits and the wider Catholic world. The first of these was the confrontation between Louis XIV and the Papacy over the question of control of the church in France. GonzA!lez strongly and publicly supported Pope Innocent XI's primacy over the French clergy, despite widespread opposition from many French Jesuits who took a more 'Gallican' position. The second crisis revolved around GonzA!lez's opposition to the theory of 'Probabilism', to which the bulk of Jesuits subscribed. His publication of a book opposing a theological position that was deeply ingrained within the order, provided another fracture line that was to generate much heat. Whilst both crises were essentially matters for the Jesuits, this study demonstrates how they developed and played themselves out on a wide, international and increasingly public stage, showing how contending identities were forged from apparently narrow but intense and durable conflicts. As such, the book not only illuminates the role and theology of GonzA!lez, but also the tensions within late seventeenth-century Catholicism. It contends that, by the end of the century, Catholic confessional culture appears unable to resolve its contradictory relationship to the individual, which it empowers and dismisses at the same time. 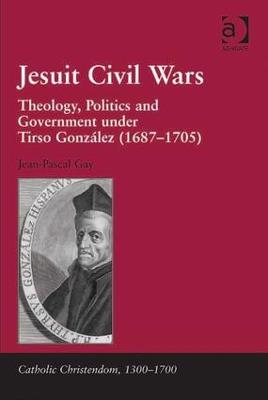 » Have you read this book? We'd like to know what you think about it - write a review about Jesuit Civil Wars book by Jean-Pascal Gay and you'll earn 50c in Boomerang Bucks loyalty dollars (you must be a Boomerang Books Account Holder - it's free to sign up and there are great benefits!)

Jean-Pascal Gay is maA (R)tre de conferences in Early-Modern History in the Faculty of History of the University of Strasbourg, France, and former fellow (membre) of the A0/00cole franAaise de Rome.