One of the cornerstones of the religious Jewish experience in all its variations is Torah study, and this learning is considered a central criterion for leadership. Jewish Women's Torah Study addresses the question of women's integration in the halachic-religious system at this pivotal intersection.

The contemporary debate regarding women's Torah study first emerged in the second half of the 19th century. As women's status in general society changed, offering increased legal rights and opportunities for education, a debate on the need to change women's participation in Torah study emerged. Orthodoxy was faced with the question: which parts, if any, of modernity should be integrated into Halacha?

Exemplifying the entire array of Orthodox responses to modernity, this book is a valuable addition to the scholarship of Judaism in the modern era and will be of interest to students and scholars of Religion, Gender Studies and Jewish Studies. 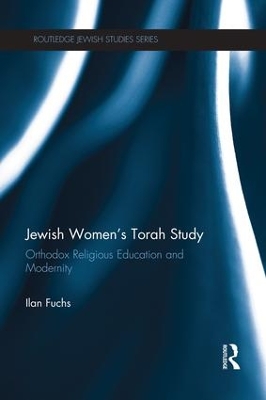 » Have you read this book? We'd like to know what you think about it - write a review about Jewish Women's Torah Study book by Ilan Fuchs and you'll earn 50c in Boomerang Bucks loyalty dollars (you must be a Boomerang Books Account Holder - it's free to sign up and there are great benefits!)

Ilan Fuchs is a research associate in the Hadassah Brandeis Institute Project on Gender, Culture, Religion and Law. His research interests include; Jewish law, history of Jewish Orthodoxy, gender and religion. His most recent articles include; "Women's Testimony in Jewish Law," (forthcoming, Hebrew Union College Annual) and "The Yeshiva as a political Institution," (forthcoming, Modern Judaism).

A Preview for this title is currently not available.
More Books By Ilan Fuchs
View All