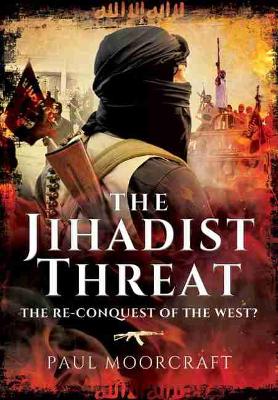 The Re-Conquest of the West

This timely and controversial book examines the international and domestic threats to the West from Jihadism. It joins the dots in the Middle East, Asia and Africa and explains what it means for the home front, mainly Britain but also continental Europe and the USA. More Brits are trying to join the Islamic State than the reserve forces. Why? It puts the whole complex jigsaw together without pulling any punches.After briefly tracing the origins of Jihadism from the time of the Prophet, The Jihadist Threat analyses the fall-out from the Iraq and Afghanistan wars and how far these fuelled the rise of the self-styled Islamic State and other terror groups and the extent these pose to European society. Finally, the Author offers suggestions for defeating this existential threat to the Western way of life. This well-illustrated book is written from the inside. Professor Paul Moorcraft, currently the Director of the Centre for Foreign Policy Analysis, London, has long worked at the heart of the British security establishment and has operated as a war correspondent in over thirty conflict zones since Afghanistan in the 1980s, often alongside frontline Jihadists. Arguably no-one is better qualified to write on this subject and his knowledge coupled with forthright views cannot be ignored. AUTHOR: Professor Paul Moorcraft is a prolific author and war correspondent who served in the Rhodesian/Zimbabwean Police and worked closely with the British armed forces for many years. His book 'The Rhodesian War' (Pen and Sword 2008) has been a huge success. SELLING POINTS: Topical and relevant in-depth study of the major security threat to the UK and the West in general Covers the background, causes for the rise and extent of the extremist Islamic movement both internationally and at home. The Author is a highly respected academic, journalist and author with unrivalled access and first-hand knowledge of conflicts in Middle East and North Africa. Has worked closely with jihadists as far back as 1980s in Afghanistan. Authoritative with media serialisation potential. Author does a lot of TV punditry. Will aid a better understanding of the situation for both layman and expert 16pp b/w illustrations

Other Editions - The Jihadist Threat by Paul Moorcraft » Have you read this book? We'd like to know what you think about it - write a review about Jihadist Threat book by Paul Moorcraft and you'll earn 50c in Boomerang Bucks loyalty dollars (you must be a Boomerang Books Account Holder - it's free to sign up and there are great benefits!)

Professor Paul Moorcraft has frontline experience reporting on over 20 years, from A-Z, to Afghanistan to Zimbabwe, as a correspondent for print, radio and TV for nearly 40 years. He is currently Visiting Professor at Cardiff University and Director of the Centre for Foreign Policy Analysis, London. His published works include Axis of Evil (2005), Inside the Danger Zones (2010), The Rhodesian War (2011), Mugabe's War Machine (2011) Shooting the Messenger (2011), The Total Destruction of the Tamil Tigers (2012) and Omar al-Bashir and Africa's Longest War (2015). He is also an award-winning novelist, and an author of books on crime, and mathematics.

A Preview for this title is currently not available.
More Books By Paul Moorcraft
View All