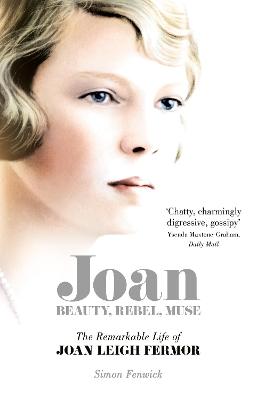 Volumes have been written by and about Patrick Leigh Fermor, but his wife Joan is almost entirely absent from their pages. Now, Simon Fenwick, archivist of the Leigh Fermor papers, tells Joan's story in Joan: The Remarkable Life of Joan Leigh Fermor.

A talented photographer, Joan defied the social conventions of her times and, though she came from a wealthy and well-connected family, earned her own living. Through her lover, and later editor of the TLS, Alan Pryce-Jones, she met and mingled with the leading lights of 1930s bohemia - John Betjeman, Cyril Connolly, Evelyn Waugh, Maurice Bowra (who adored her) and Osbert Lancaster, among others. She featured regularly in the gossip columns, not only for her affairs and her fashionable clothes, but for her intrepid travels to Russia and America.

In 1936 she met and subsequently married the journalist John Rayner, but her belief in open marriage was not shared by her husband and their relationship foundered. Then, in 1944 in Cairo, where she was a cypher clerk, she met Paddy Leigh Fermor, lionized for his daring kidnap of the Nazi General Kreipe in Crete. They would remain together until her death in 2003.

In this riveting biography, written with full access to Joan's personal archive, Simon Fenwick reveals the extraordinary life of a woman who, until now, has been defined by the man she married and their famous friends. Here, at last, Joan is placed at the centre of her own story. It is also a riveting portrait of a marriage and a milieu, revealing the sexual and intellectual mores of that wartime generation who lived life at full tilt, no matter what the consequences.

Other Editions - Joan by Simon Fenwick 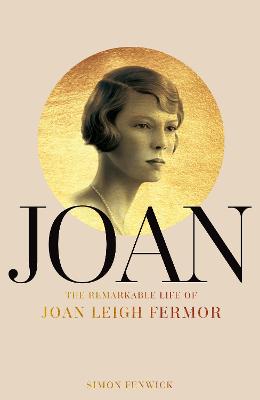 » Have you read this book? We'd like to know what you think about it - write a review about Joan book by Simon Fenwick and you'll earn 50c in Boomerang Bucks loyalty dollars (you must be a Boomerang Books Account Holder - it's free to sign up and there are great benefits!)

Simon Fenwick is an archivist who has worked on the private papers of Patrick Leigh Fermor and Xan Fielding. He lives in London. This is his first full-length biography.

A Preview for this title is currently not available.
More Books By Simon Fenwick
View All