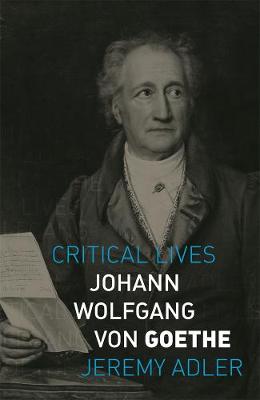 This new critical biography provides a complete picture of German novelist, playwright and poet Johann Wolfgang von Goethe. The book offers fresh, thought-provoking interpretations of all the major works, including novels such as The Sorrows of Young Werther and The Elective Affinities, plays such as Egmont and Iphigenia in Tauris, and Goethe's greatest work, Faust. Alongside these works the incidents of his life are analysed, including his love affairs and his meetings with the great people of the age, such as Napoleon Bonaparte. Jeremy Adler shows how Goethe's encyclopaedic interest in many fields influenced later thinkers such as Charles Darwin and Sigmund Freud, Emile Durkheim and Susan Sontag. Goethe has often been called the last Renaissance man. This biography shows that Goethe was in fact the first of the moderns - a maker of modernity.

» Have you read this book? We'd like to know what you think about it - write a review about Johann Wolfgang von Goethe book by Jeremy Adler and you'll earn 50c in Boomerang Bucks loyalty dollars (you must be a Boomerang Books Account Holder - it's free to sign up and there are great benefits!)


A Preview for this title is currently not available.
More Books By Jeremy Adler
View All