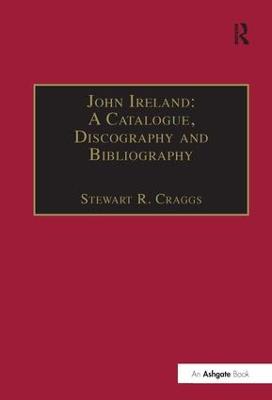 John Ireland (1879-1962) was one of the leading composers of the English Musical Renaissance at the end of the nineteenth century and beginning of the twentieth century. Born of literary parents in Bowdon, near Manchester, he went to London at the age of fourteen to study at the newly-founded Royal College of Music where he eventually became a pupil of Charles Villiers Stanford. Among his near contemporaries at the College were Ralph Vaughan Williams, Gustav Holst, Thomas Dunhill, William Y. Hurlstone, Henry Walford Davies and Samuel Coleridge-Taylor. Ireland is best known for his songs (such as Sea Fever, The Bells of San Marie and the cycle of Housman settings, The Land of Lost Content), his piano and chamber music, his church music and his relatively small number of choral, orchestral and brass band works. This catalogue of Ireland's compositions, a revised and enlarged edition of the one published in 1993 by the Clarendon Press (Oxford University Press), in association with the John Ireland Trust, lists his compositions from 1895 to 1961. Full details are given of dates of composition; people or bodies responsible for a work's commission; instrumentation; first performance; publications; location of the autograph manuscript; critical comment in the bibliography from the contemporary press and music journals, and recordings on compact disc. Appended is a general bibliography and classified index of main works. A list of personalia supplies details of people connected with Ireland and his music during his lifetime.

Other Editions - John Ireland: A Catalogue, Discography and Bibliography by Stewart R. Craggs 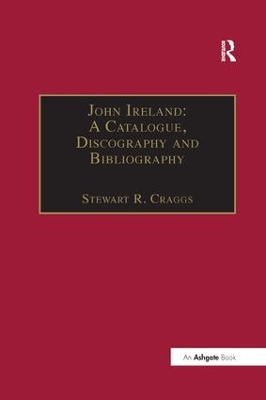 » Have you read this book? We'd like to know what you think about it - write a review about John Ireland: A Catalogue, Discography and Bibliography book by Stewart R. Craggs and you'll earn 50c in Boomerang Bucks loyalty dollars (you must be a Boomerang Books Account Holder - it's free to sign up and there are great benefits!)


A Preview for this title is currently not available.
More Books By Stewart R. Craggs
View All

Soundtracks: International Dictionary of Composers of Music for Film
$207.90 $231.00