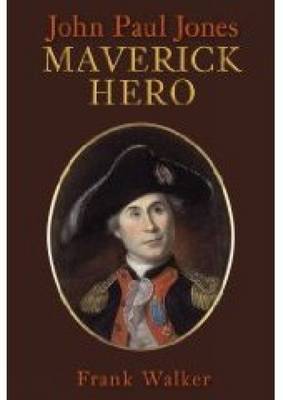 An associate of Benjamin Franklin and hero of the American War of Independence, John Paul Jones was the first captain to sail an American warship under an American flag and was instrumental in the creation of a coordinated naval force for the new republic. Across the Atlantic, the Scotch Renegade has a far less enviable reputation, being most commonly remembered as a privateer and villain due to his daring raids on British ports. Frank Walker charts the career of this rugged individualist, from his beginnings as a young naval apprentice in the Scottish port of Whitehaven and initial voyages aboard slave ships; to his commission as an American naval officer who led an attack on this very port and continued to harass British shipping interests as part of the effort to bring the War of Independence to a close. His battle off Flamborough Head remains the longest continuous naval engagement in British naval history. An extraordinary interlude saw Jones fighting for Russias Catherine the Great against the Turks. 125 years after his death, his body was exhumed from an obscure grave in Paris and at the behest of Theodore Rooosevelt placed in an extravagantly decorated sarcophagus at Annapolis. Interrogating numerous contemporary sources, this book gives an accurate and balanced account of the life of this controversial and fascinating character.

» Have you read this book? We'd like to know what you think about it - write a review about John Paul Jones book by Frank Walker and you'll earn 50c in Boomerang Bucks loyalty dollars (you must be a Boomerang Books Account Holder - it's free to sign up and there are great benefits!)


A Preview for this title is currently not available.
More Books By Frank Walker
View All

The Call of the Dark Continent: A Study in Missionary Progress, Opportunity and Urgency
$70.82 $78.69