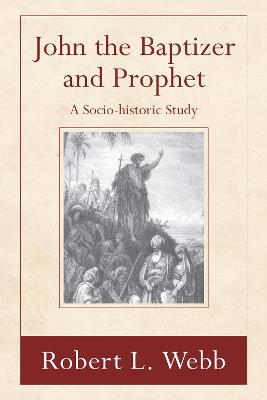 John the Baptizer and Prophet

Description - John the Baptizer and Prophet by Robert L Webb

This volume, a revised version of a doctoral dissertation submitted to the University of Sheffield in 1990, places John the Baptist within his first-century Jewish context by exploring his public roles and activities as a baptizer and a prophet as they would have been understood within the sociohistorical context of Second Temple Judaism. After surveying the relevant traditions concerning John the Baptist (in particular, Josephus, canonical Gospels, and extracanonical sources), the volume turns to the use of ablutions and immersions in the Hebrew Bible, in Second Temple Jewish literature, and especially in the Qumran literature. In light of this context, several functions of John's baptism are proposed both in continuity with his context and in distinction from it. Then, Webb explores John's role as a prophet in two respects. First, after surveying the expectation of eschatological figures of judgment and restoration in the Hebrew Bible and Second Temple Jewish literature, John's own proclamation of a coming one is understood as describing Yahweh's coming to judge and restore, but through an unspecified human agent. Second, in light of the varieties of prophetic figures in the Second Temple period, John is best understood as a popular prophet who uses the symbolic event of the people's baptism in the Jordan River and their return home to symbolize not only their entrance into the true remnant Israel but also their entrance into the Promised Land. When this symbolic activity is placed alongside John's prophetic critique of Herod Antipas and of Herod's marriage, the social and political implications of this critique become evident. The symbolic activity and strong critique led to the Baptist's death under Herod Antipas. This meticulous investigation has established itself as one of the standard works on John the Baptist. Particularly notable for its rich material on ablutions and for its detailed exegesis of sayings attributed to John, it is a significant contribution to our understanding of early Judaism and of the immediate religious environment from which Jesus of Nazareth emerged. -- Dale C. Allison, Jr. Errett M. Grable Professor of New Testamanet and Early Christianity Pittsburgh Theological Seminary The role of John the Baptist is crucial to every biography of the Baptist, and the effort of Webb to reconstruct John's prophetic life and teaching is without equal. I recommend as simply the best yet. Walter Wink Auburn Theological Seminary Emeritus Dr. Webb's John the Baptizer and Prophet constitutes the high water mark in critical study of a person who is second only to Jesus himself in importance for our understanding of the social and historical setting of the movement that in time will emerge as Christianity. I am delighted Wipf & Stock has brought this learned book back into print, so that it will be readily accessible to another generation of researchers and teachers. I recommend the book with enthusiasm. Craig A. Evans, Payzant Distinguished Professor, Acadia Divinity College, Nova Scotia Robert L. Webb (PhD, University of Sheffield) is an independent scholar, writing and teaching in Toronto, Canada. He is the executive editor of the 'Journal for the Study of the Historical Jesus' (Sage Publications) as well as the monograph series, the Library of Historical Jesus Studies (T&T Clark). His most recent publications include 'Jesus and Mel Gibson's The Passion of the Christ' (Continuum, 2004; co-edited with Kathleen E. Corley) and 'Reading James with New Eyes: Methodological Reassessments of the Letter of James' (T&T Clark, forthcoming; co-edited with John S. Kloppenborg).

Other Editions - John the Baptizer and Prophet by Robert L Webb 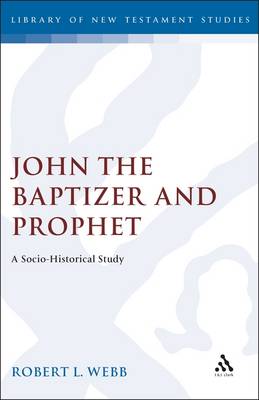 » Have you read this book? We'd like to know what you think about it - write a review about John the Baptizer and Prophet book by Robert L Webb and you'll earn 50c in Boomerang Bucks loyalty dollars (you must be a Boomerang Books Account Holder - it's free to sign up and there are great benefits!)

John the Baptizer and Prophet: A Socio-historical Study
Hardback, August 1991 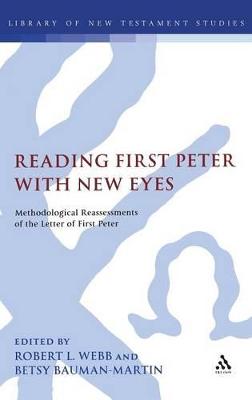 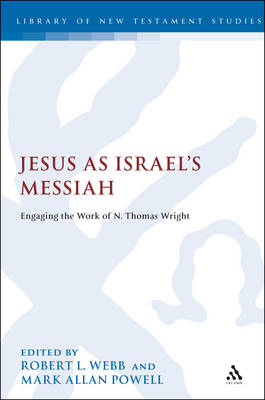 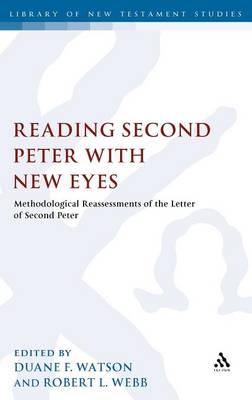