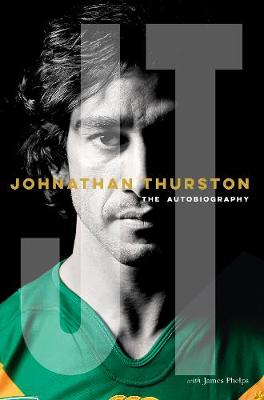 He is Johnathan Thurston. JT, one of the greats, simply the best.

His status as one of the greats of rugby league cannot be questioned - an Australian international, Queensland State of Origin and Indigenous All Stars representative. In 2015, he became the first ever four-time Dally M Medallist for the NRL season's best player, and later that year, the first ever three-time winner of the Golden Boot Award for the world's best player.

When the final siren sounded on 1 September 2018 at Cbus Stadium on the Gold Coast, arguably rugby league's greatest career ended, JT walking off the field to be farewelled a legend. Fans cheered. Teammates hugged. Officials shook his hand. His family and friends shed a tear. Then came the speeches. For his adoring fans, it was the end of an era - for JT it was a moment that had been 30 years in the making. A moment that once seemed improbable.

This is a story that began in a Brisbane backyard. With a boy, a ball and a big, big dream. They all said he was too skinny, too slow, and too wild to succeed. Most would have quit. This is the story of how Johnathan Thurston transformed himself into a world champion - how he went from a kid with dreadlocks to a State of Origin star and Dally M Medal winner in just three years - and went on to become rugby league's greatest player.

In his autobiography, JT recounts the complete and remarkable story of his life. Of setbacks and scandals. Of agony and pain. Of love and hate. Of victories and losses. And of Clive Churchill Medals, Dally M Medals, State of Origin shields and of fairy tale premierships - and of a girl called Samantha and how love conquered all. » Have you read this book? We'd like to know what you think about it - write a review about Johnathan Thurston: The Autobiography book by Johnathan Thurston and you'll earn 50c in Boomerang Bucks loyalty dollars (you must be a Boomerang Books Account Holder - it's free to sign up and there are great benefits!)