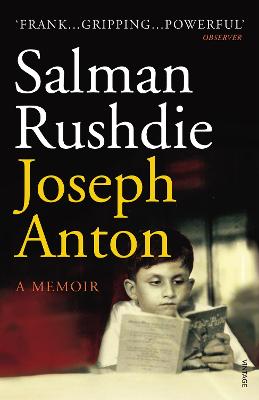 From the author of The Satanic Verses and Midnight's Children comes an unflinchingly honest and fiercely funny account of a life turned upside-down.

On Valentine's Day, 1989, Salman Rushdie received a telephone call from a BBC journalist that would change his life forever- Ayatollah Khomeini, a leading Muslim scholar, had issued him with a death sentence. This is his own account of how he was forced to live in hiding for over a decade; at once intimate and explosive, this is the personal tale behind the international story.

How does a man live with the constant threat of murder? How does he continue to work when deprived of his freedom? How does he sustain friendships, or fall in and out of love? How does he fight back? For over a decade, Salman Rushdie dwelt in a world of secrecy and disguise, a world of security guards and armoured cars, of aliases and code names.

In Joseph Anton, Rushdie tells the remarkable story of one of the crucial battles, in our time, for freedom of speech. 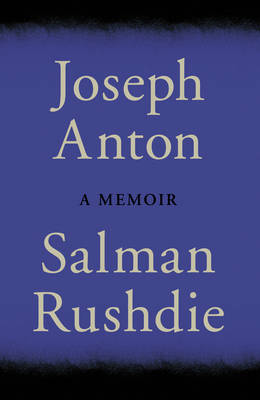 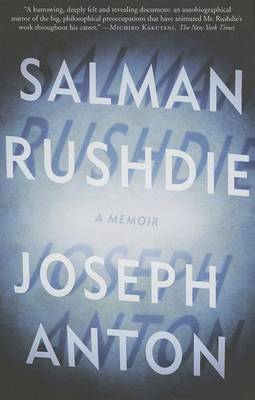 » Have you read this book? We'd like to know what you think about it - write a review about Joseph Anton book by Salman Rushdie and you'll earn 50c in Boomerang Bucks loyalty dollars (you must be a Boomerang Books Account Holder - it's free to sign up and there are great benefits!)

Sir Salman Rushdie is the author of many novels including Grimus, Midnight's Children, Shame, The Satanic Verses, The Moor's Last Sigh, The Ground Beneath Her Feet, Fury and Shalimar the Clown. He has also published works of non-fiction including The Jaguar Smile, Imaginary Homelands, The Wizard of Oz and, as co-editor, The Vintage Book of Short Stories. He has received many awards for his writing, including the European Union's Aristeion Prize for Literature. He is a fellow of the Royal Society of Literature and Commandeur des Arts et des Lettres. In 1993 Midnight's Children was judged to be the 'Booker of Bookers', the best novel to have won the Booker Prize in its first 25 years. In June 2007 he received a knighthood in the Queen's Birthday Honours.