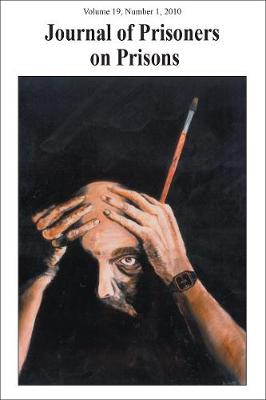 Journal of Prisoners on Prisons V19 #1

Edited by Bell Gale Chevigny, this issue of the JPP features non-fiction pieces by winners of the annual PEN American Center's Prison Writing Contest that address issues of punishment and creative resistance. Many contributors describe punishment that extends beyond the loss of liberty, and the issue features articles on three strikes policies, death row, the AIDS epidemic, murderous violence, suicide, incarceration of prisoners with mental health needs, as well as the maddening absurdity of contraband laws. Others describe creative resistance directly, focusing on proposed non-prisoner involvement in promoting critical thinking among prisoners, teaching English as a Second Language, the community model of prison, and Michigan's Prison Creative Arts Project (described both by its founder and a female prisoner transformed by PCAP). The issue also features articles from three documentary film-makers who describe their efforts to break through prison walls. In the Prisoners' Struggles section, two former prisoners, an artist and a writer, detail their activism in fighting the Rockefeller drug laws and felon disenfranchisement in Rhode Island. A prisoner and two prison justice activists describe an online magazine written by activists on both sides of the wall. Another advocate lays out the large objectives and achievements of the Coalition for Women Prisoners in New York. The writers welcome this opportunity to reach an international audience and the PEN Prison Writing Program members hope that these pieces will stimulate an exchange with people elsewhere who participate in - or are interested in developing - similar writing programs.

» Have you read this book? We'd like to know what you think about it - write a review about Journal of Prisoners on Prisons V19 #1 book by Bell Gale Chevigny and you'll earn 50c in Boomerang Bucks loyalty dollars (you must be a Boomerang Books Account Holder - it's free to sign up and there are great benefits!)


A Preview for this title is currently not available.
More Books By Bell Gale Chevigny
View All