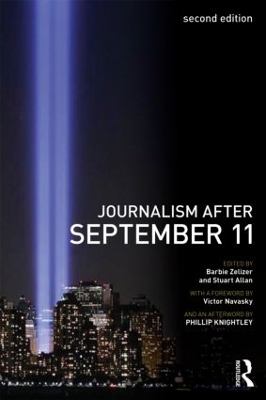 Praise for the first edition: This collection of essays comes mainly from academics but nobody should bridle at theorists lecturing practitioners. They properly challenge the way September 11th was reported - in a way that's both an endorsement of the role of the media and a wake-up call on its failures ...anyone interested in our trade should read it.' - Roger Mosey, Ariel 'A thoughtful and engaging examination of the effects of 9/11 on the field of journalism. Its unique aim is to discuss the impact of the attack as a personal trauma and its current and future effects on journalism and the reporting of the news...highly recommended.' - Library Journal Journalism After September 11 examines how the traumatic attacks of that day continue to transform the nature of journalism, particularly in the United States and Britain. Familiar notions of what it means to be a journalist, how best to practice journalism, and what the public can reasonably expect of journalists in the name of democracy, were shaken to their foundations. Ten years on, however, new questions arise regarding the lasting implications of that tragic day and its aftermath.
Bringing together an internationally respected collection of scholars and media commentators, Journalism After September 11 addresses topics such as: journalism and public life at a time of crisis; broadsheet and tabloid newspaper coverage of the attacks; the role of sources in shaping the news; reporting by global news media such as CNN; Western representations of Islam; current affairs broadcasting; news photography and trauma; the emotional well-being of reporters; online journalism; as well as a host of pertinent issues around news, democracy and citizenship. This second edition includes four new chapters -- examining Arabic newspaper reporting of the attacks, the perceptions of television audiences, national magazine coverage of the ensuing crisis, and the media politics of 'othering' -- as well as revised chapters from the first edition and an updated Introduction by the co-editors. A foreword is provided by Victor Navasky and an afterword by Phillip Knightley.

Other Editions - Journalism After September 11 by Barbie Zelizer 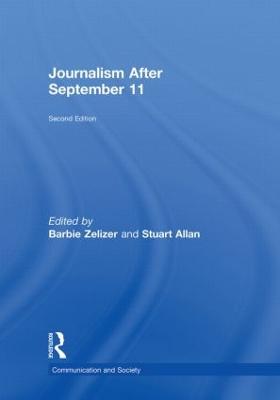 » Have you read this book? We'd like to know what you think about it - write a review about Journalism After September 11 book by Barbie Zelizer and you'll earn 50c in Boomerang Bucks loyalty dollars (you must be a Boomerang Books Account Holder - it's free to sign up and there are great benefits!)

A Preview for this title is currently not available.
More Books By Barbie Zelizer
View All

The Changing Faces of Journalism: Tabloidization, Technology and Truthiness
$249.48 $252.00