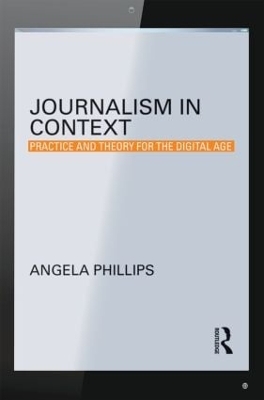 Practice and Theory for the Digital Age

Journalism in Context is an accessible introduction to the theory and practice of journalism in a changing world. The book looks at the way in which power flows through media organisations influencing not only what journalists choose to present to their audiences but how they present it and then in turn what their audiences do with it.

Using examples from across the world, as well as from her own research, Angela Phillips uses them to explain complex theoretical concepts. She invites readers to consider how news is influenced by the culture from which it emerges, as well as the way it is paid for and how different countries have approached the problem of ensuring that democracy is served by its media, rather than being undermined by it.

Journalism has always been an early adopter of new technologies and the most recent changes are examined in the light of a history in which, although platforms keep on changing, journalism always survives. The questions raised here are important for all students of journalism and all those who believe that journalism matters.

Other Editions - Journalism in Context by Angela Phillips 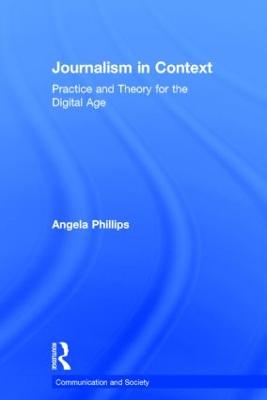 » Have you read this book? We'd like to know what you think about it - write a review about Journalism in Context book by Angela Phillips and you'll earn 50c in Boomerang Bucks loyalty dollars (you must be a Boomerang Books Account Holder - it's free to sign up and there are great benefits!)

Angela Phillips is Professor in Journalism in the Department of Media and Communications, Goldsmiths, University of London. She spent the majority of her career as a journalist working for national newspapers, magazines, TV and radio. She is the author of Good Writing for Journalists (2006) and co-author of Changing Journalism (2011).

A Preview for this title is currently not available.
More Books By Angela Phillips
View All