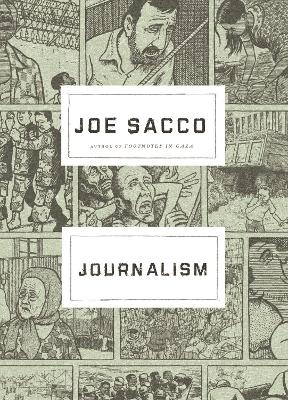 Shortlisted in the 2012 Angoulame Official Selection, a collection of comics journalism spanning conflict zones across the globe, from the inimitable Joe Sacco

'The blessing of an inherently interpretive medium like comics is that it hasn't allowed me to . . . make a virtue of dispassion. For good or for ill, the comics medium is adamant, and it has forced me to make choices. In my view, that is part of its message' - from the preface by Joe Sacco

Over the past decade, Joe Sacco has increasingly turned to short-form com-ics journalism to report from conflict zones around the world. Collected here for the first time, Sacco's darkly funny, revealing reportage confirms his standing as one of the foremost international correspondents working today.

Journalism takes readers from the smuggling tunnels of Gaza to war crimes trials in The Hague, from the lives of India's 'untouchables' to the ordeal of sub-Saharan refugees washed up on the shores of Malta. Sacco also confronts the misery and absurdity of the war in Iraq, including the darkest chapter in recent American history - the torture of detainees.

Vividly depicting Sacco's own interactions with the people he meets, the stories in this remarkable collection argue for the essential truth in comics reportage, an inevitably subjective journalistic endeavour. Among Sacco's most mature and accomplished work, Journalism demonstrates the power of a great comics artist to chronicle lived experience with a force that often eludes other media.

Other Editions - Journalism by Joe Sacco 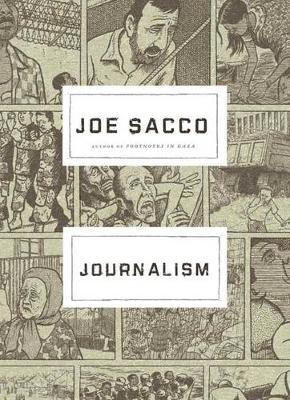 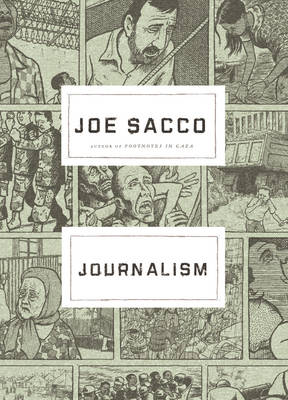 » Have you read this book? We'd like to know what you think about it - write a review about Journalism book by Joe Sacco and you'll earn 50c in Boomerang Bucks loyalty dollars (you must be a Boomerang Books Account Holder - it's free to sign up and there are great benefits!)

Joe Sacco, one of the world's foremost cartoonists, is widely hailed as the creator of war-reportage comics. He is the author of Palestine, Safe Area Gorazde, The Fixer, Notes from a Defeatist and Footnotes in Gaza, all published by Jonathan Cape.

A Preview for this title is currently not available.
More Books By Joe Sacco
View All