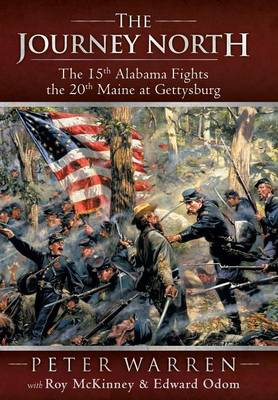 The 15th Alabama Fights the 20th Maine at Gettysburg

The American Civil War still captivates our interest. As the war entered its third summer, the Confederate army met the Union army in July 1863, in Gettysburg, Pennsylvania. During the second day of this three-day battle, some of the most brutal fighting occurred at Little Round Top. This story describes the bloody fighting that took place between the Union's 20th Maine and the South's 15th Alabama. It also describes how two fictional soldiers meet on Little Round Top and become friends. This meeting portrays those that often took place between opposing soldiers. They were random acts of compassion during a brutal war. These soldiers pushed aside their differences to become friends. In an act of kindness, one of these soldiers initiated their friendship, while the other cemented their friendship by a personal sacrifice he later made. It was a friendship that would last for years.

Other Editions - The Journey North by Peter Warren 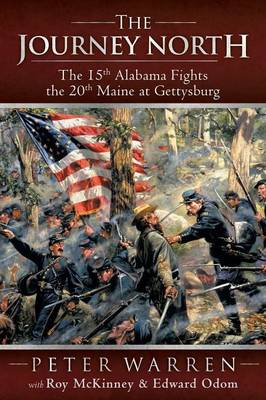 » Have you read this book? We'd like to know what you think about it - write a review about Journey North book by Peter Warren and you'll earn 50c in Boomerang Bucks loyalty dollars (you must be a Boomerang Books Account Holder - it's free to sign up and there are great benefits!)


A Preview for this title is currently not available.
More Books By Peter Warren
View All