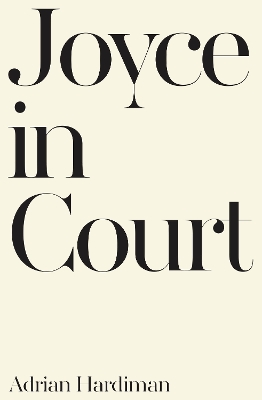 An accessible and original book about Joyce, by a hugely respected figure in Ireland. A brilliant recreation of the late 19th- and early 20th-century legal system in Ireland.

Books about the work of James Joyce are an academic industry. Most of them are unreadable and esoteric. Adrian Hardiman's book is both highly readable and strikingly original.

He spent years researching Joyce's obsession with the legal system, and the myriad references to notorious trials in Ulysses and Finnegans Wake. Joyce was fascinated by and felt passionately about miscarriages of justice, and his view of the law was coloured by the potential for grave injustice when policemen and judges are given too much power. Hardiman recreates the colourful, dangerous world of the Edwardian courtrooms of Dublin and London, where the death penalty loomed over many trials.

He brings to life the eccentric barristers, corrupt police and omnipotent judges who made the law so entertaining and so horrifying. This is a remarkable evocation of a vanished world, though Joyce's scepticism about the way evidence is used in criminal trials is still highly relevant.

Other Editions - Joyce in Court by Adrian Hardiman 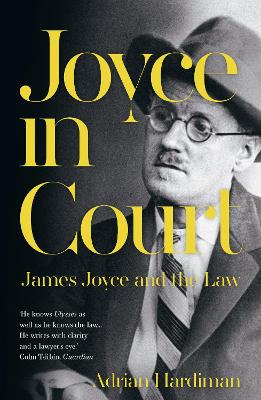 » Have you read this book? We'd like to know what you think about it - write a review about Joyce in Court book by Adrian Hardiman and you'll earn 50c in Boomerang Bucks loyalty dollars (you must be a Boomerang Books Account Holder - it's free to sign up and there are great benefits!)

Justice Adrian Hardiman was a judge of the Irish Supreme Court and generally acknowledged as the most brilliant lawyer of his generation. He died suddenly in 2016. His funeral was a major national event and he was mourned by thousands of people.

A Preview for this title is currently not available.
More Books By Adrian Hardiman
View All