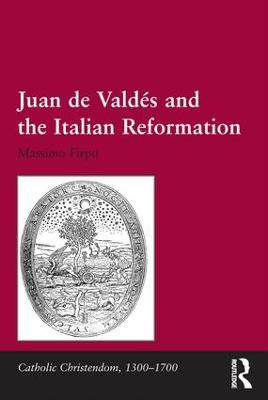 Juan de Valdes played a pivotal role in the febrile atmosphere of sixteenth-century Italian religious debate. Fleeing his native Spain after the publication in 1529 of a book condemned by the Spanish Inquisition, he settled in Rome as a political agent of the emperor Charles V and then in Naples, where he was at the centre of a remarkable circle of literary and spiritual men and women involved in the religious crisis of those years, including Peter Martyr Vermigli, Marcantonio Flaminio, Bernardino Ochino and Giulia Gonzaga. Although his death in 1541 marked the end of this group, Valdes' writings were to have a decisive role in the following two decades, when they were sponsored and diffused by important cardinals such as Reginald Pole and Giovanni Morone, both papal legates to the Council of Trent. The most famous book of the Italian Reformation, the Beneficio di Cristo, translated in many European languages, was based on Valdes' thought, and the Roman Inquisition was very soon convinced that he had 'infected the whole of Italy'. In this book Massimo Firpo traces the origins of Valdes' religious experience in Erasmian Spain and in the movement of the alumbrados, and underlines the large influence of his teachings after his death all over Italy and beyond. In so doing he reveals the originality of the Italian Reformation and its influence in the radicalism of many religious exiles in Switzerland and Eastern Europe, with their anti-Trinitarians and finally Socinian outcomes. Based upon two extended essays originally published in Italian, this book provides a full up-dated and revised English translation that outlines a new perspective of the Italian religious history in the years of the Council of Trent, from the Sack of Rome to the triumph of the Roman Inquisition, reconstructing and rethinking it not only as a failed expansion of the Protestant Reformation, but as having its own peculiar originality. As such it will be welcomed by all scholars wishin

» Have you read this book? We'd like to know what you think about it - write a review about Juan de Valdes and the Italian Reformation book by Massimo Firpo and you'll earn 50c in Boomerang Bucks loyalty dollars (you must be a Boomerang Books Account Holder - it's free to sign up and there are great benefits!)

Having taught in the University of Cagliari and Turin since 1986, Massimo Firpo is now Professor of Early Modern History in the Scuola Normale Superiore of Pisa. A member of the Accademia delle Scienze of Turin and of the Accademia Nazionale dei Lincei in Rome, co-director of the Rivista storica italiana, he has been fellow of the Newberry Library in Chicago and Cornell University in Ithaca (NY), and gave the Isaiah Berlin Lectures in Oxford in 2006. His studies focus on the cultural and religious European history in the sixteenth Century, and particularly on the Italian Reformation, the Roman Inquisition and the relationship between art and religious dissent.