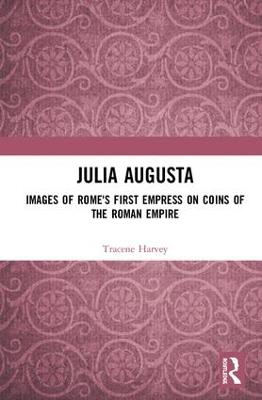 Images of Rome's First Empress on Coins of the Roman Empire

Julia Augusta examines the socio-political impact of coin images of Augustus's wife, Livia, within the broader context of her image in other visual media and reveals the detailed visual language that was developed for the promotion of Livia as the predominant female in the Roman imperial family.

The book provides the most comprehensive examination of all extant coins of Livia to date, and provides one of the first studies on the images on Roman coins as gender-infused designs, which created a visual dialogue regarding Livia's power and gender-roles in relation to those of male members of the imperial family. While the appearance of Roman women on coins was not entirely revolutionary, having roughly coincided with the introduction of images of powerful Roman statesmen to coins in the late 40s BCE, the degree to which Livia came to be commemorated on coins in the provinces and in Rome was unprecedented. This volume provides unique insights into the impact of these representations of Livia, both on coins and in other visual media.

Julia Augusta: Images of Rome's First Empress on the Coins of the Roman Empire will be of great interest to students of women and imperial imagery in the Roman Empire, as well as the importance of visual representation and Roman imperial ideology.

» Have you read this book? We'd like to know what you think about it - write a review about Julia Augusta book by Tracene Harvey and you'll earn 50c in Boomerang Bucks loyalty dollars (you must be a Boomerang Books Account Holder - it's free to sign up and there are great benefits!)