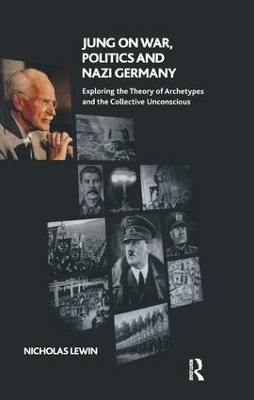 Exploring the Theory of Archetypes and the Collective Unconscious

This book presents a historical examination of C.G. Jung's politics and considers the insights he provides for those seeking to understand the causes of War. It looks at how Jung applies his theories to Nazi Germany and the rise of the theories of the collective unconscious and the archetypes.

Other Editions - Jung on War, Politics and Nazi Germany by Nicholas Lewin 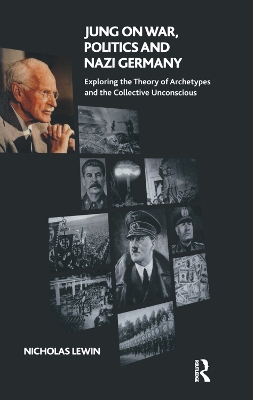 » Have you read this book? We'd like to know what you think about it - write a review about Jung on War, Politics and Nazi Germany book by Nicholas Lewin and you'll earn 50c in Boomerang Bucks loyalty dollars (you must be a Boomerang Books Account Holder - it's free to sign up and there are great benefits!)

Dr Nick Lewin is on the executive committee of the C. G. Jung Analytical Psychology Club London and is in training as a Jungian psychotherapist. His degree was in 'International Politics and Strategic Studies' at University College Wales Aberystwth, his MA was in 'War Studies' at King's College and his PhD at Essex University was on Jung's use of his theories to explain European politics and Nazi Germany in the Thirties. He trained as a teacher and has taught across the age range from primary school to the MSc in 'War and Psychiatry' at King's College London's Institute of Psychiatry. At present he is preparing his next book on Jung, Freud, the Jews and Nazi Germany, while working in private practice and as an honorary psychotherapist with Barnet, Enfield and Haringey Health authority.

A Preview for this title is currently not available.
More Books By Nicholas Lewin
View All

Jung on War, Politics and Nazi Germany: Exploring the Theory of Archetypes and the Collective Unconscious
$226.80 $252.00