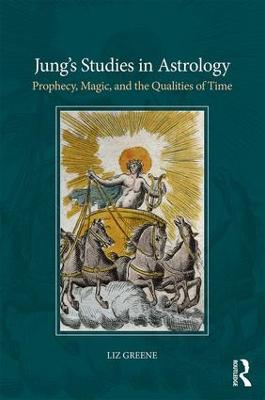 Prophecy, Magic, and the Qualities of Time

Winner of the IAJS award for best authored book of 2018!

C. G. Jung had a profound interest in and involvement with astrology, which he made clear in virtually every volume of the Collected Works, as well as in many of his letters. This ancient symbolic system was of primary importance in his understanding of the nature of time, the archetypes, synchronicity, and human fate.

Jung's Studies in Astrology is an historical survey of his astrological work from the time he began to study the subject. It is based not only on his published writings, but also on the correspondence and documents found in his private archives, many of which have never previously seen the light of day. Liz Greene addresses with thoroughness and detailed scholarship the nature of Jung's involvement with astrology: the ancient, medieval, and modern sources he drew on, the individuals from whom he learned, his ideas about how and why it worked, its religious and philosophical implications, and its applications in the treatment of his patients as well as in his own self-understanding. Greene clearly demonstrates that any serious effort to understand the development of Jung's psychological theories, as well as the nature of his world-view, needs to involve a thorough exploration of his astrological work.

This thorough investigation of a central theme in Jung's work will appeal to analytical psychologists and Jungian psychotherapists, students and academics of Jungian and post-Jungian theory, the history of psychology, archetypal thought, mythology and folklore, the history of New Age movements, esotericism, and psychological astrology.

Other Editions - Jung's Studies in Astrology by Liz Greene 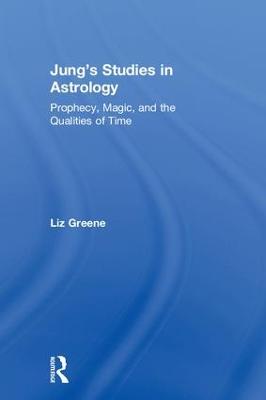 » Have you read this book? We'd like to know what you think about it - write a review about Jung's Studies in Astrology book by Liz Greene and you'll earn 50c in Boomerang Bucks loyalty dollars (you must be a Boomerang Books Account Holder - it's free to sign up and there are great benefits!)

Liz Greene is a Jungian analyst and professional astrologer who received her Diploma in Analytical Psychology from the Association of Jungian Analysts in London in 1980. She holds Doctorates in both Psychology and History, and worked for a number of years as a tutor in the MA in Cultural Astronomy and Astrology at the University of Wales, Lampeter. She is the author of a number of books, some scholarly and some interpretive, on the relationships between psychology and astrology, Tarot, Kabbalah, and myth, and of The Astrological World of Jung's Liber Novus (Routledge).

A Preview for this title is currently not available.
More Books By Liz Greene
View All