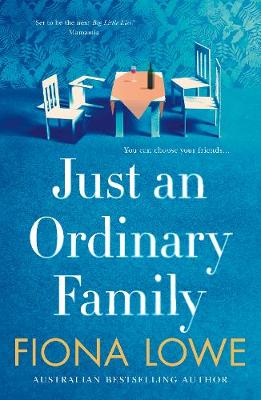 Every family has its secrets...

Alice Hunter is smarting from the raw deal life has thrown her way: suddenly single, jobless and forced to move home to her parents' tiny seaside town. And now she faces an uncomfortable truth. She wants her twin sister Libby's enviable life.

Libby's closest friend Jess Dekic has been around the Hunter family for so long she might as well be blood. She's always considered herself a sister closer to Libby than Alice ever could be...

Libby Hunter has all of life's boxes ticked: prominent small-town doctor, gorgeous husband and two young daughters. But when she is betrayed by those she loves most, it reveals how tenuous her world is...

For Karen Hunter, her children are a double-edged sword of pain and pride. She's always tried to guide her girls through life's pitfalls, but how do you protect your children when they're adults?

As the family implodes, the fallout for these four women will be inescapable...

Bestselling Australian author Fiona Lowe wields a deft hand, creating utterly addictive storytelling that will have you questioning your own perceptions of what family is.

» Have you read this book? We'd like to know what you think about it - write a review about Just an Ordinary Family book by Fiona Lowe and you'll earn 50c in Boomerang Bucks loyalty dollars (you must be a Boomerang Books Account Holder - it's free to sign up and there are great benefits!)

Just An Ordinary Family is the fourth novel under the Australian Sagas banner by award-winning Australian author, Fiona Lowe. Thirty-three-year-old GP Libby Hunter has had, except for one tragic event, a charmed life. She’s happily married to the wonderful Nick Pirelli, has two beautiful daughters, a lovely home and a successful medical practice in the small summer tourist mecca of Kurnai Bay.

Alice Hunter is Libby’s slightly-younger, completely-unexpected twin. Alice has always lived somewhat in Libby’s shadow, having none of her charm, her self-assuredness, her single-minded determination or focus. Alice is artistic, and often seems dreamy and vague. And since she lost her job, her home and her boyfriend, she’s back from Melbourne, living with her parents, doing menial casual work and feeling rather directionless.

Despite their very different characters, the twins were, understandably, best friends. Until, that is, Jess Dekic turned up at Kurnai Secondary College when they were thirteen. Jess was confident and exciting, and had just a hint of danger about her, something Libby couldn’t resist. The firmest of best friends ever since, Libby will not hear a word of criticism against Jess, reminding everyone just how admirable Jess’s rise from her difficult childhood has been.

Now-single mum of sweet little Leo, Jess, too, is back in Kurnai Bay. Libby is thrilled to have her best friend close by, sharing child-care, social outings and their deepest thoughts, feelings and fears. But not everyone quite so delighted by Jess’s constant presence.

Karen Hunter has always tried to protect her twins, and to give them the unconditional love she was denied during her childhood. But now, as the bombshell hits, she watches as one of her daughters, painfully trying to find a way forward through her anguish, transforms into a controlling, vindictive creature she barely recognises.

“The Apocalypse” does not just change her daughter, it polarises the town: “It had been years since something this sensational had electrified the town and it would grease the rumour mill for months until someone else made a spectacular mess of their life worthy of frantic feasting by the gossip vultures.”

And the person on whom so much blame is laid? A psychopath, or simply the product of poor upbringing that left them with disordered thinking and values, “floundering in a moral and ethical morass when it came to the responsibilities inside friendships and intimate relationships”?

The back-cover blurb is a tiny bit misleading but more cannot be said without including spoilers. Lowe’s tale manages to include many themes, both topical and age-old: online dating, sexting, single parenting, infidelity, friends-with-benefits, infertility, menopause, stillbirth, cancer, friendship and loyalty, love, trust, betrayal, grief and forgiveness all feature, and the comparison to Jodi Picoult’s work is certainly valid.

If the plot has some predictable aspects, the journey through a year in Kurnai Bay is, nonetheless, one to savour, and Lowe‘s portrayal of the Bay will resonate with anyone who has experienced the claustrophobia of a small tourist town with its inherent lack of privacy.

Fiona Lowe’s latest novel is an excellent read with an authentic Aussie flavour. Her characters are thoroughly relatable and believably flawed, making poor decisions and plagued by secrets and guilt. Lowe throws her protagonists a number of challenges, the sort that might confront any ordinary family, and then lets the reader observe their reactions from several perspectives. A thought-provoking piece of contemporary fiction that will stay with readers long after the last page is turned. This unbiased review is from an uncorrected proof copy provided by Better Reading Preview and HQ Fiction Australia. 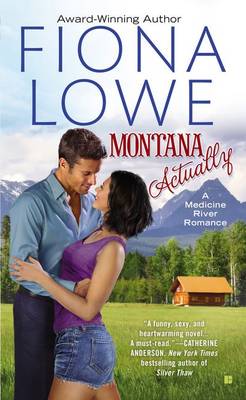 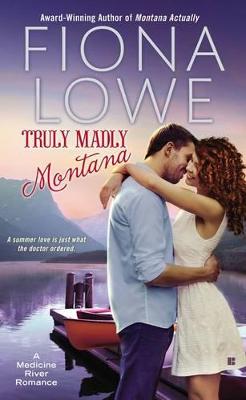 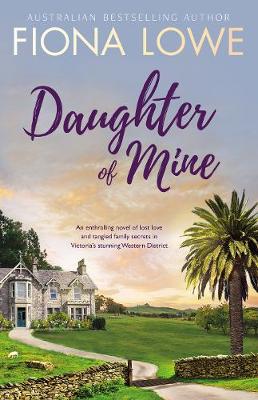 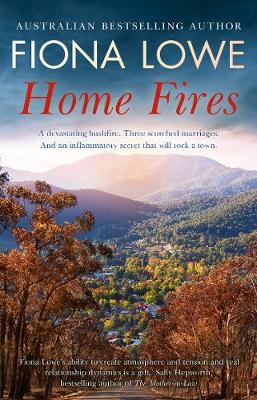