Kafka on the Shore

Description - Kafka on the Shore by Haruki Murakami

Kafka Tamura runs away from home at fifteen, under the shadow of his father's dark prophesy. The aging Nakata, tracker of lost cats, who never recovered from a bizarre childhood affliction, finds his pleasantly simplified life suddenly turned upside down. As their parallel odysseys unravel, cats converse with people; fish tumble from the sky; a ghost-like pimp deploys a Hegel-spouting girl of the night; a forest harbours soldiers apparently un-aged since World War II. There is a savage killing, but the identity of both victim and killer is a riddle - one of many which combine to create an elegant and dreamlike masterpiece.'Wonderful... Magical and outlandish' Daily Mail 'Hypnotic, spellbinding' The Times 'Cool, fluent and addictive' Daily Telegraph

Other Editions - Kafka on the Shore by Haruki Murakami 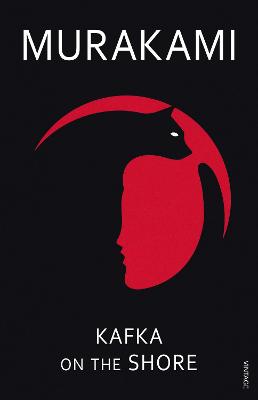 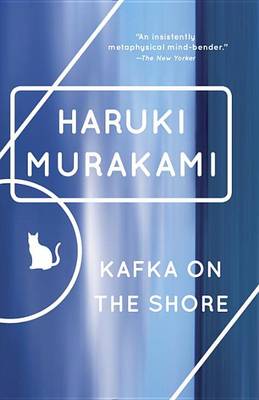 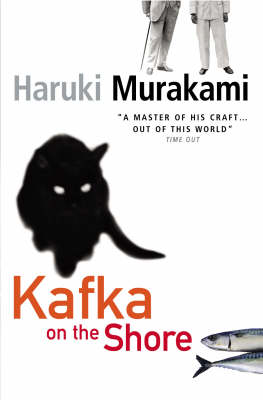 Book Reviews - Kafka on the Shore by Haruki Murakami

» Have you read this book? We'd like to know what you think about it - write a review about Kafka on the Shore book by Haruki Murakami and you'll earn 50c in Boomerang Bucks loyalty dollars (you must be a Boomerang Books Account Holder - it's free to sign up and there are great benefits!)

Book Review: Kafka on the Shore by Haruki Murakami - Reviewed by rachthevego (21 Jun 2011)

Wow! What a weird and wonderful read! This book starts off very confusing. However, once all the characters have been introduced and finally meet up things really fall into place and you really can't put it down!

It's characters are loveable but seem to represent types of people more metaphorically than simply just people. It is more than science fiction, more than urban fantasy, so convoluted and involved. There is even a bit of history in it too.

Most of all I like the imagery that Haruki Mirukami is able to portray in his writing. I liked his short stories but I have to say this novel (first of his I have read), has got me hooked!

Tales Of Two Planets: Stories of Climate Change and Inequality in a Divided World
John Freeman
$25.49 $29.99