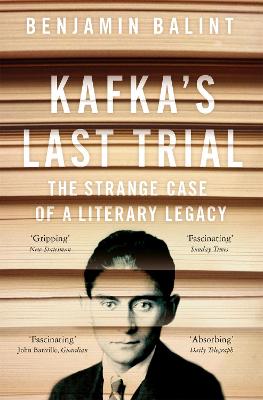 The Strange Case of a Literary Legacy

When Franz Kafka died in 1924, his loyal friend and champion Max Brod could not bring himself to fulfil Kafka's last instruction: to burn his remaining manuscripts. Instead, Brod devoted the rest of his life to canonizing Kafka as the most prescient chronicler of the twentieth century. By betraying Kafka's last wish, Brod twice rescued his legacy - first from physical destruction, and then from obscurity. But that betrayal also led to an international legal battle over which country could lay claim to Kafka's legacy: Germany, where Kafka's own sister perished in the Holocaust and where he would have suffered a similar fate had he remained, or Israel?

At once a brilliant biographical portrait of Kafka and Brod and the influential group of writers and intellectuals known as the Prague Circle, Kafka's Last Trial offers a gripping account of the controversial trial in Israeli courts - brimming with dilemmas legal, ethical, and political - that determined the fate of the manuscripts Brod had rescued when he fled with Kafka's papers at the last possible moment from Prague to Palestine in 1939. It describes a wrenching escape from Nazi invaders as the gates of Europe closed; of a love affair between exiles stranded in Tel Aviv; and two countries whose national obsessions with overcoming the traumas of the past came to a head in a fascinating and hotly contested trial. Ultimately, Benjamin Balint invites us to question: who owns a literary legacy - the country of one's language and birth or of one's cultural and religious affinities - and what nation can claim a right to it. 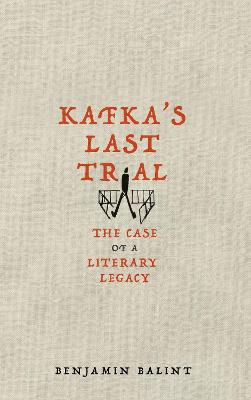 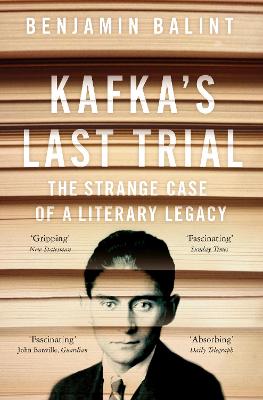 » Have you read this book? We'd like to know what you think about it - write a review about Kafka's Last Trial book by Benjamin Balint and you'll earn 50c in Boomerang Bucks loyalty dollars (you must be a Boomerang Books Account Holder - it's free to sign up and there are great benefits!)

For the last three years, Benjamin Balint taught literature, including Kafka, at the Bard College humanities programme at Al-Quds University in Jerusalem. His first book, Running Commentary, was published by PublicAffairs in 2010. His second book, Jerusalem: City of the Book (co-authored with Merav Mack) is forthcoming from Yale University Press. His reviews and essays regularly appear in the Wall Street Journal, Die Zeit, Haaretz, the Weekly Standard, and the Claremont Review of Books. His translations of Hebrew poetry have appeared in the New Yorker and in Poetry International.

A Preview for this title is currently not available.
More Books By Benjamin Balint
View All