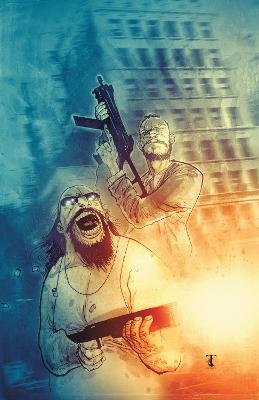 Following the bullet-ridden finale to the bestselling video game, Kane and Lynch decide what's best for everyone concerned is that they go their separate ways. That is, until a contract is put out on their collective lives for a huge bounty - and every assassin and two-bit goon around the world is gunning for the volatile pair. Can the unrepentant traitor and medicated psychopath work together once more to save their lives and get to the bottom of this blood-drenched conspiracy?Kane and Lynch have their backs against the wall as the remnants of The 7 have put a contract out on the duo, and it's a contract open to anyone who can bring the pair down! Following the money trail leads the unlikely pair halfway around the world and into their deadliest encounter to date!Kane and Lynch have killed their way into Europe in search of Osterman, the one responsible for the "open season" contract placed on their heads. But to what depths are these two killers willing to go in order to clear their names? And will it be in time for Kane to find his daughter?

» Have you read this book? We'd like to know what you think about it - write a review about Kane And Lynch TP book by Ian Edginton and you'll earn 50c in Boomerang Bucks loyalty dollars (you must be a Boomerang Books Account Holder - it's free to sign up and there are great benefits!)


A Preview for this title is currently not available.
More Books By Ian Edginton
View All