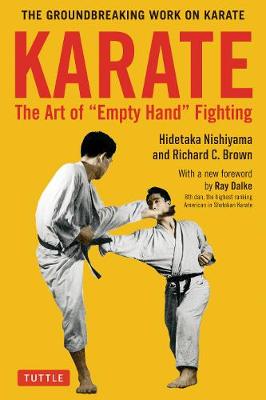 Karate: The Art of "Empty-Hand" Fighting is the definitive guide to Shotokan Karate - the most widely practiced style of Karate - and has inspired millions of Karate practitioners worldwide. Authored by one of the great masters of the art, Hidetaka Nishiyama, this book is a classic, groundbreaking work on the sport of Karate, and one of the first published in English. An Olympic sport, Karate is today practiced by over 100 million people worldwide.

Nishiyama began his training under the instruction of Gichin Funakoshi, the legendary founder of Shotokan Karate. He helped establish the Japan Karate Association and, as head of the JKA's instructors training program, was instrumental in bringing Karate to the U.S. and other Western countries. When he arrived, he proceeded to train the first great generation of Karate instructors spawning a whole new generation of martial artists. Highly accessible and richly illustrated with over 1,000 photographs, this book is a comprehensive manual with step-by-step instructions to all the basic movements and techniques of Karate. Topics covered include:

With a new foreword by Ray Dalke, who trained under Nishiyama and, at 8th Dan, is the highest ranking American in Shotokan Karate, Karate: The Art of "Empty-Hand'' Fighting provides analyses from the standpoint of physics, physiology, philosophy, and body dynamics. The book's techniques apply to all styles of the martial art and is a valuable reference for any Karateka - stressing Nishiyama's lesson that mastery of the basics is not the end but merely the beginning of a lifelong journey.

Other Editions - Karate: The Art of Empty Hand Fighting by Hidetaka Nishiyama 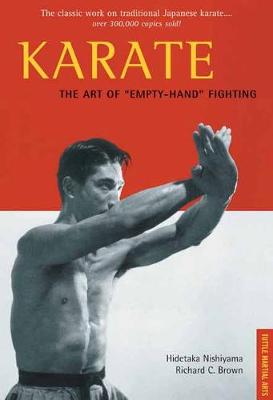 » Have you read this book? We'd like to know what you think about it - write a review about Karate: The Art of Empty Hand Fighting book by Hidetaka Nishiyama and you'll earn 50c in Boomerang Bucks loyalty dollars (you must be a Boomerang Books Account Holder - it's free to sign up and there are great benefits!)


A Preview for this title is currently not available.
More Books By Hidetaka Nishiyama
View All