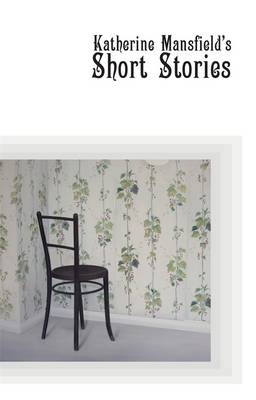 "The complete classic stories by New Zealand's most famous writer. Unlike many selected editions, this is a complete collection of all 75 of Katherine Mansfield's finished stories taken from her five books- Bliss, The Garden Party, The Doves' Nest, Something Childish and In a German Pension. Virginia Woolf claimed that Mansfield's writing was 'The only writing I have ever been jealous of.' Widely considered one of the best short-story writers of her period, Katherine Mansfield is celebrated for her sensitive and subtle treatment of human behaviour. Satirical, psychologically deep, unabashed and candid about sex, pregnancy and social issues, her stories adopted a fresh style and new narrative techniques. She drew on and evoked the New Zealand landscape from her childhood, as well as her travels in Europe and time in England."

» Have you read this book? We'd like to know what you think about it - write a review about Katherine Mansfield's Short Stories book by Katherine Mansfield and you'll earn 50c in Boomerang Bucks loyalty dollars (you must be a Boomerang Books Account Holder - it's free to sign up and there are great benefits!)

Katherine Mansfield, short-story writer and poet, was born Kathleen Mansfield Beauchamp in 1888 in Wellington. At 19, she left for the UK and became a significant Modernist writer, mixing with fellow writers such as Virginia Woolf, TS Eliot and DH Lawrence. She wrote five collections of short stories, the final one being published posthumously by her husband, the writer and critic John Middleton Murry, along with a volume of her poems and another of her critical writings, and subsequently there have been collections of her letters and journals. She died of tuberculosis at the age of 34 at Fontainebleau. Although New Zealand settings do feature in her works, she looked to European movements in writing and the arts for inspiration, and also wrote stories with a European setting. Virginia Woolf famously admitted that Mansfield was the only writer she was jealous of, and it is believed that conversations with Mansfield prompted Woolf to write Mrs Dalloway. Many writers in the 1930s, such as Christopher Isherwood and Aldous Huxley, consciously adopted her pioneering styles, and, along with DH Lawrence, used her character (she was called a dangerous woman ) in their fic

The Edinburgh Edition of the Collected Fiction of Katherine Mansfield
$213.21 $236.90