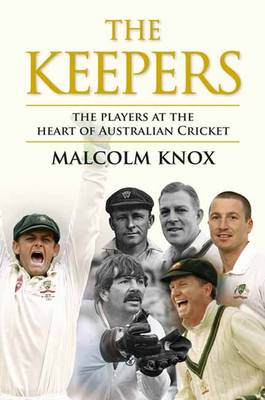 Description - The Keepers by Malcolm Knox

Wicketkeepers are the closest eyewitnesses to cricket's story. In The Keepers, award-winning journalist and writer Malcolm Knox re-examines the history of Australian cricket through the eyes and narratives of the talented, resilient men at the heart of the play.

The cricket field is a unique stage, where the player at the centre is the most easily overlooked. Yet the wicketkeeper, always at the heart of the action, knows the game better than almost anyone else on the pitch. Wicketkeepers are able to anticipate a bowler, read a batsman, interpret a pitch, advise on a team's strategy, carry and lift it's spirit and even change the course of play. And in modern times, wicketkeepers have had to hold their place amongst the top six batsmen.

From the revered Jack Blackham to the determined Brad Haddin, wicketkeepers are a unique breed and something of a club. And more than any other aspect of the game wicketkeeping is steeped in its own history, knowledge passed down from keeper to keeper. Each keeper has built upon honed skills, developed techniques and offered something unique to the game.

And each keeper has come to represent the spirit of a team, from Marsh's gruff resilience to Healy's combative chippiness to Gilchrist's overabundance of talent. In doing so, our keepers have not only shaped the character of Australian cricket - flinty, determined, world-beating and a little bit larrikin - but have helped shape our national sporting character.

Wicketkeepers are the closest eyewitnesses to cricket's story. In The Keepers, award-winning journalist and writer Malcolm Knox re-examines the history of Australian cricket through the eyes and narratives of the talented, resilient men at the heart of the play.

'One of this country's best writers and keenest cricket minds.' Inside Sport

'An intelligent and nuanced analysis of a specialist craft and an important addition to cricket literature.' Australian Book Review

Other Editions - The Keepers by Malcolm Knox 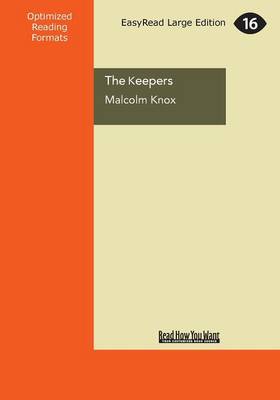 » Have you read this book? We'd like to know what you think about it - write a review about Keepers book by Malcolm Knox and you'll earn 50c in Boomerang Bucks loyalty dollars (you must be a Boomerang Books Account Holder - it's free to sign up and there are great benefits!)

Malcolm Knox is the former literary editor and award-winning cricket writer of the Sydney Morning Herald, where he broke the Norma Khouri story, for which he won one of his two Walkley Awards. His novels include A Private Man, winner of the Ned Kelly Award; The Life; and most recently The Wonder Lover. His many non-fiction titles include The Greatest- The Players, the Moments, the Matches 1993 - 2008; The Captains- The Story Behind Australia's Second Most Important Job; Boom- The Underground History of Australia, From Gold Rush to GFC, which won the 2013 Ashurst Business Literature Prize; and Bradman's War, shortlisted in the 2013 Prime Minister's Literary Awards.

Truth Is Trouble: The strange case of Israel Folau, or How Free Speech Became So Complicated
$26.39 $32.99