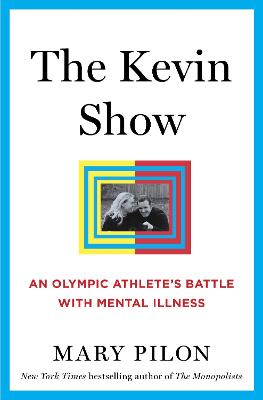 From the New York Times bestselling author of The Monopolists, the "fascinating" (People) story of Olympian Kevin Hall and the syndrome that makes him believe he stars in a television show of his life.

Meet Kevin Hall: brother, son, husband, father, and Olympic sailor. Kevin has an Ivy League degree, a winning smile, and throughout his adult life, he has been engaged in an ongoing battle with a person that doesn't exist to anyone but him: the Director. In the tradition of Kay Redfield Jamison's An Unquiet Mind, journalist and NYT bestselling author Mary Pilon's The Kevin Show reveals the many-sided struggle--of Kevin, his family, and the medical profession--to understand and treat a psychiatric disorder whose euphoric highs and creative ties to pop culture have become inextricable from Kevin's experience of himself.

Kevin suffers from what doctors are beginning to call the "Truman Show" delusion, a form of bipolar disorder named for the 1998 movie in which the main character realizes he is the star of a reality TV show. When the Director commands Kevin to do things, the results often lead to handcuffs, hospitalization, or both. Once he nearly drove a car into Boston Harbor. His girlfriend, now wife, was in the passenger seat.

Interweaving Kevin's perspective--including excerpts from his journals and sketches--with police reports, medical records, and interviews with those who were present at key moments in his life, The Kevin Show is a bracing, suspenseful, and eye-opening view of the role that mental health plays in a seemingly ordinary life.

» Have you read this book? We'd like to know what you think about it - write a review about Kevin Show book by Mary Pilon and you'll earn 50c in Boomerang Bucks loyalty dollars (you must be a Boomerang Books Account Holder - it's free to sign up and there are great benefits!)

Mary Pilon is the author of the New York Times bestseller The Monopolists, the acclaimed history of the board game Monopoly. A regular contributor to The New Yorker, Esquire, Fast Company, MSNBC, Vice, and Politico, Pilon has also worked as a staff reporter at the New York Times and the Wall Street Journal and was a producer for NBC Sports at the 2016 Olympics. She lives in Brooklyn. Visit her website at marypilon.com and follow her on Twitter at @marypilon. 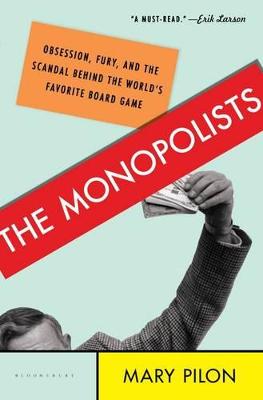