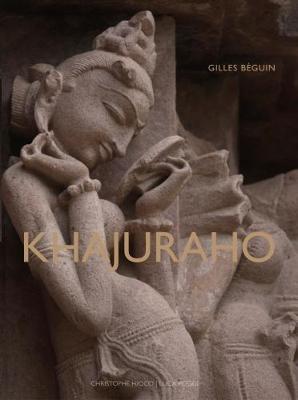 Situated in the northern Indian state of Madhya Pradesh, Khajuraho is renowned as much for the elegance of its architecture as for the sensuality of its sculpture. Khajuraho has become one of the unmissable sights for any traveller to India, and owes its international reputation to the lavishness of its numerous Hindu shrines. Formerly an important political and religious centre, it is thought to have contained up to ninety-five temples, as the many ruins concealed under otherwise-anonymous hillocks scattered throughout the valley attest. Only twenty-five survive. The earliest mention of Khajuraho dates from the seventh century. After the collapse of the Candella kingdom, the site experienced almost four centuries of oblivion, and the once proud city-state turned into a sleepy village nestling in what had become an arid basin for several months of the year. British hunters rediscovered it quite by chance at the beginning of the nineteenth century. Since then, the area has undergone several phases of restoration, as befits one of the leading sites of the world's cultural heritage. The highly unusual nature of its temple depictions has given this area a somewhat 'scandalous' reputation, unleashing, over the years, interpretations of all kinds. AUTHOR: Gilles Beguin, Conservateur General Honoraire du Patrimoine, was head of the Nepalese and Tibetan Buddhism collections at the Musee national des Arts asiatiques-Guimet from 1971 to 1994. He was then appointed director of the Musee Cernuschi, Musee des Arts de l'Asie de la Ville de Paris. Iago Corazza is a journalist and filmmaker but his main profession is photography. He has provided numerous photographic features for National Geographic, White Star and as well as for various geographic and scientific publications. As a film director and director of photography, he has worked on a number of television programmes and documentaries for leading Italian and international broadcasters. Corazza is a UNICEF testimonial and collaborator, and when not on location he teaches photography. 280 colour images

» Have you read this book? We'd like to know what you think about it - write a review about Khajuraho - Indian Temples and Sensuous Sculptures book by Gilles Beguin and you'll earn 50c in Boomerang Bucks loyalty dollars (you must be a Boomerang Books Account Holder - it's free to sign up and there are great benefits!)

A Preview for this title is currently not available.
More Books By Gilles Beguin
View All