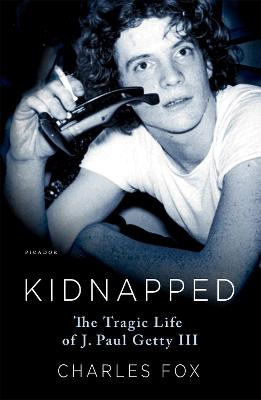 Grandson of Getty Oil founder J. Paul Getty, "Little Paul's" life may have been cursed by money and privilege from the moment he was born. Falling in with the wrong people and abandoned by his famous family, Getty was a child of his international jet set era, moving from Marrakesh to Rome, nightclubs to well-appointed drug dens. His was one of the trio of high-profile kidnappings that defined the decade-along with Frank Sinatra, Jr's and Patty Heart's-and permanently memorable for the ear that was mailed to his mother back in the States as evidence of the kidnappers' intentions.

Kidnapped is richly reported-including many interviews with Getty himself ranging from the late 1970s to the early 1990s-that raise new angles about the case, such as: how much did Getty acquiesce to the kidnappers and why wouldn't his rich-as-Croesus grandfather pay the ransom, which began at the equivalent of $550,000 in lire and bulged to 3.6 million as the months dragged on. Charles Fox has captured the voices of models and maids, carabinieri and club-owners, drug dealers and drivers alongside the Getty family members themselves to paint an evocative portrait of an era and one of its most misunderstood participants.

» Have you read this book? We'd like to know what you think about it - write a review about Kidnapped book by Charles Fox and you'll earn 50c in Boomerang Bucks loyalty dollars (you must be a Boomerang Books Account Holder - it's free to sign up and there are great benefits!)

Charles Fox began reporting on the Getty kidnapping in 1973 and was contacted by J. Paul Getty III himself in the early 1990s to work on his autobiography, leading to much of the reporting in Kidnapped. Fox's award-winning journalism has been published in a variety of publications, including Esquire, Harper's, and Playboy. He has also written two novels. He lived in California until his death in 2012.

A Preview for this title is currently not available.
More Books By Charles Fox
View All