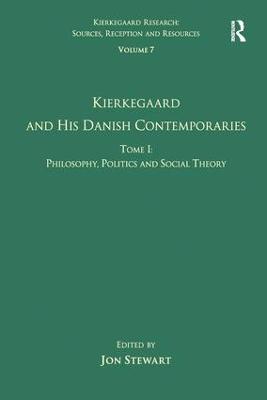 Kierkegaard and His Danish Contemporaries

Description - Kierkegaard and His Danish Contemporaries by Jon Stewart

The period of Kierkegaard's life corresponds to Denmark's "Golden Age," which is conventionally used to refer to the period covering roughly the first half of the nineteenth century, when Denmark's most important writers, philosophers, theologians, poets, actors and artists flourished. Kierkegaard was often in dialogue with his fellow Danes on key issues of the day. His authorship would be unthinkable without reference to the Danish State Church, the Royal Theater, the University of Copenhagen or the various Danish newspapers and journals, such as The Corsair, FA|drelandet, and KjAbenhavns flyvende Post, which played an undeniable role in shaping his development. The present volume features articles that employ source-work research in order to explore the individual Danish sources of Kierkegaard's thought. The volume is divided into three tomes in order to cover the different fields of influence. Tome I is dedicated to exploring the sources that fall under the rubrics, "Philosophy, Politics and Social Theory." With regard to philosophy, Kierkegaard read the works of all the foremost Danish thinkers of the time and their German antecedents, in particular Kant, Schilling and Hegel. While he was sympathetic to individual ideas offered by this tradition, he was generally keen to criticize the German model of philosophy and to propose a new paradigm for philosophical thought that was more in tune with lived existence. Kierkegaard also experienced the dynamic period in history that saw the great upheavals throughout Europe in connection with the revolutions of 1848 and the First Schleswig War. While it has long been claimed that Kierkegaard was not interested in politics, recent research supports a quite different picture. To be sure, he cannot be regarded as a political scientist or social theorist in a traditional sense, but he was nonetheless engaged in the issues of his day, and in his works one can certainly find material that can be insightful for the fields of politics and social theory.

Other Editions - Kierkegaard and His Danish Contemporaries by Jon Stewart 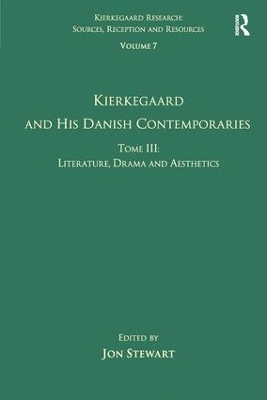 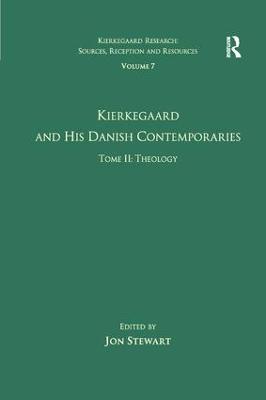 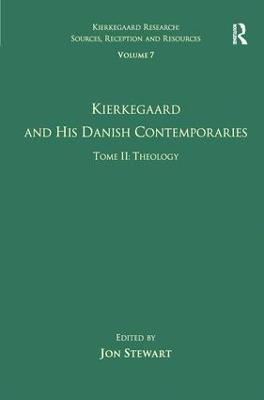 Book Reviews - Kierkegaard and His Danish Contemporaries by Jon Stewart

» Have you read this book? We'd like to know what you think about it - write a review about Kierkegaard and His Danish Contemporaries book by Jon Stewart and you'll earn 50c in Boomerang Bucks loyalty dollars (you must be a Boomerang Books Account Holder - it's free to sign up and there are great benefits!)