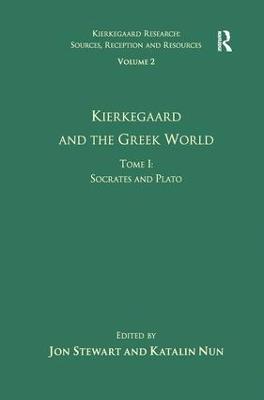 Kierkegaard and the Greek World - Socrates and Plato

Kierkegaard and the Greek World - Socrates and Plato Volume 2, Tome I

The articles in this volume employ source-work research to trace Kierkegaard's understanding and use of authors from the Greek tradition. A series of figures of varying importance in Kierkegaard's authorship are treated, ranging from early Greek poets to late Classical philosophical schools. In general it can be said that the Greeks collectively constitute one of the single most important body of sources for Kierkegaard's thought. He studied Greek from an early age and was profoundly inspired by what might be called the Greek spirit. Although he is generally considered a Christian thinker, he was nonetheless consistently drawn back to the Greeks for ideas and impulses on any number of topics. He frequently contrasts ancient Greek philosophy, with its emphasis on the lived experience of the individual in daily life, with the abstract German philosophy that was in vogue during his own time. It has been argued that he modeled his work on that of the ancient Greek thinkers specifically in order to contrast his own activity with that of his contemporaries. 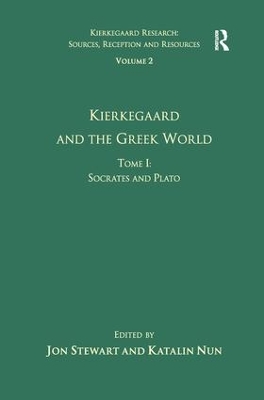 » Have you read this book? We'd like to know what you think about it - write a review about Kierkegaard and the Greek World - Socrates and Plato book by Katalin Nun and you'll earn 50c in Boomerang Bucks loyalty dollars (you must be a Boomerang Books Account Holder - it's free to sign up and there are great benefits!)