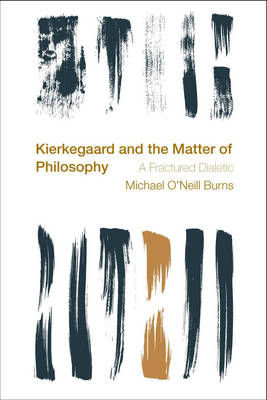 Kierkegaard and the Matter of Philosophy

Description - Kierkegaard and the Matter of Philosophy by Michael O'Neill Burns

Soren Kierkegaard is often cast as the forefather of existentialism and an anti-Hegelian proponent of the single individual. Yet this book calls these traditional characterizations into question by arguing that Kierkegaard offers not only a systematic critique of idealist philosophy, but more surprisingly, a political ontology that is paradoxically at home in the context of twenty-first-century philosophical and political thought.

Through a close consideration of his authorship in the context of nineteenth-century German idealism, Michael O'Neill Burns argues that Kierkegaard develops an ontology, anthropology and theory of the political that are outcomes of his critical appropriation of the philosophical projects of Hegel, Schelling, and Fichte. While starting out in the philosophical concerns of the nineteenth century, the book offers an interpretation of Kierkegaard that shows his relevance to philosophers and political theorists in the twenty-first century. 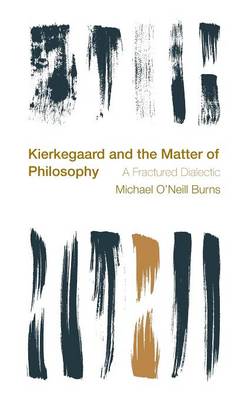 » Have you read this book? We'd like to know what you think about it - write a review about Kierkegaard and the Matter of Philosophy book by Michael O'Neill Burns and you'll earn 50c in Boomerang Bucks loyalty dollars (you must be a Boomerang Books Account Holder - it's free to sign up and there are great benefits!)

Michael O'Neill Burns is a visiting affiliate assistant professor in philosophy at Loyola University Maryland. He has published articles on Kierkegaard, German idealism and political philosophy.

A Preview for this title is currently not available.
More Books By Michael O'Neill Burns
View All