Agamemnon to Guadalquivir Volume 16, Tome I

While Kierkegaard is perhaps known best as a religious thinker and philosopher, there is an unmistakable literary element in his writings. He often explains complex concepts and ideas by using literary figures and motifs that he could assume his readers would have some familiarity with. This dimension of his thought has served to make his writings far more popular than those of other philosophers and theologians, but at the same time it has made their interpretation more complex. Kierkegaard readers are generally aware of his interest in figures such as Faust or the Wandering Jew, but they rarely have a full appreciation of the vast extent of his use of characters from different literary periods and traditions. The present volume is dedicated to the treatment of the variety of literary figures and motifs used by Kierkegaard. The volume is arranged alphabetically by name, with Tome I covering figures and motifs from Agamemnon to Guadalquivir.

Other Editions - Kierkegaard's Literary Figures and Motifs by Katalin Nun 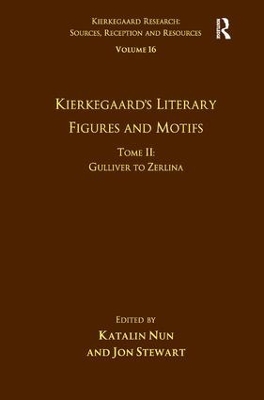 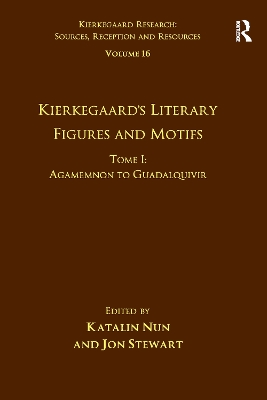 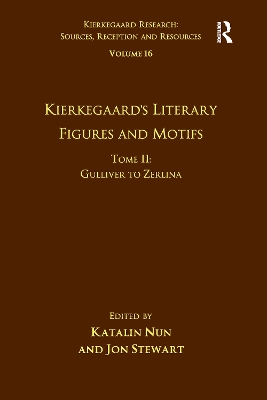 » Have you read this book? We'd like to know what you think about it - write a review about Kierkegaard's Literary Figures and Motifs book by Katalin Nun and you'll earn 50c in Boomerang Bucks loyalty dollars (you must be a Boomerang Books Account Holder - it's free to sign up and there are great benefits!)

Katalin Nun and Jon Stewart are both based in the Soren Kierkegaard Research Centre, the University of Copenhagen, Denmark.