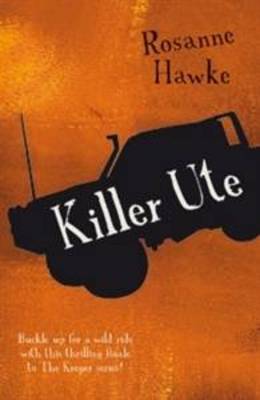 Joel Billings is in trouble . . . again. After being threatened by his jailbird father. Joel is packed off to a sleepy beachside town for a holiday with his biker foster dad. Dev. Only when a monster ute runs them off the road does Joel begin to suspect that all is not as it seems. As danger mounts. Joel and Dev are forced further into hiding. But a killer ute isn't all Joel has to fear. Will Dev still want to be his dad even though he's a magnet for trouble? The third nail-biting thriller in an exciting adventure series from the award-wining author of Taj and the Great Camel Trek. 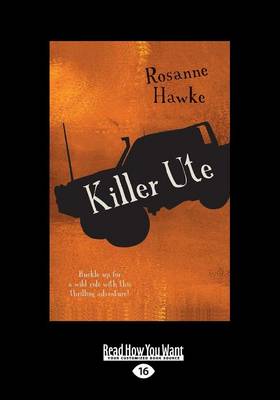 » Have you read this book? We'd like to know what you think about it - write a review about Killer Ute book by Rosanne Hawke and you'll earn 50c in Boomerang Bucks loyalty dollars (you must be a Boomerang Books Account Holder - it's free to sign up and there are great benefits!)

Rosanne Hawke's books include The Keeper, Soraya, The Storyteller, Mustara, Taj and the Great Camel Trek (winner of the 2012 Adelaide Festival Children's Literature Award) and The Messenger Bird.