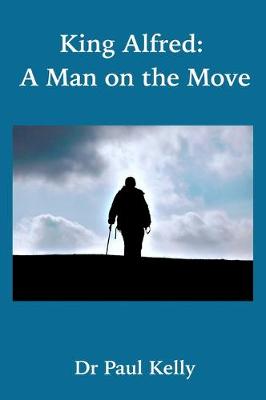 King Alfred: A Man on the Move

Description - King Alfred: A Man on the Move by Paul Kelly

Dr Kelly invites the reader to travel with him on a journey from the birth of King Alfred, passing through his life and battles, and arriving at the mysteries surrounding his death and final resting place. This book is based on the author's personal journey across the locations that are associated with King Alfred, combining his on-the-ground experiences with information gained through research. This book aims to make it easier for people to know where these places are and to create a greater appreciation of them. Paul Kelly is a retired dentist and has a PhD from the University of Birmingham. He is now a keen amateur historian and lives in Dorset with his partner Danielle and a big black cat called Sidney.

The author, Dr Paul Kelly, writes: "I start at Alfred's reputed place of birth, which was Wantage, Oxfordshire. I continue to trace him across his military engagements with the Vikings, including at the famous battles at Ashdown and Ethandun (Edington), but also at less famous engagements such as at Reading, Exeter, Wilton, Basing and Wareham. I cover the "truce" with Guthrum, the Viking leader, and also the later engagements in Kent when the Vikings landed on the north and south coasts of that county. I trace him up the River Lea into Hertfordshire where he stopped the Vikings escaping by obstructing the river. Finally, I cover his burial locations in Winchester and I examine what there is to know about the current location of his remains. My research is based on a combination of written documents and my own journeys to explore the locations associated with King Alfred. This led me to try to find enigmatic locations such as Egbert's Stone and Iglea (both covered in the book), not to mention the important battle sites of Ashdown and Ethandun. I also look at Alfred's refuge at Athelney, on the Somerset Levels, and speculate as to where he might have been before he arrived there. I also spent some time trying to understand King Alfred's relationship with London and his expanding influence beyond Wessex."

The book contains 27 colour images, including 20 customised maps that show the locations that are key to understanding the movements of Alfred the Great.

Other Editions - King Alfred: A Man on the Move by Paul Kelly 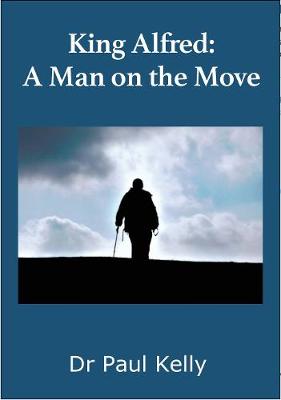 Book Reviews - King Alfred: A Man on the Move by Paul Kelly

» Have you read this book? We'd like to know what you think about it - write a review about King Alfred: A Man on the Move book by Paul Kelly and you'll earn 50c in Boomerang Bucks loyalty dollars (you must be a Boomerang Books Account Holder - it's free to sign up and there are great benefits!)


A Preview for this title is currently not available.
More Books By Paul Kelly
View All